What is low heat cement?

It is mainly used cement for the mass concrete construction such as dams, roads, factory floors, etc. where more heat generation due to hydration raises the temperature where low heat cement plays the role to balance it. 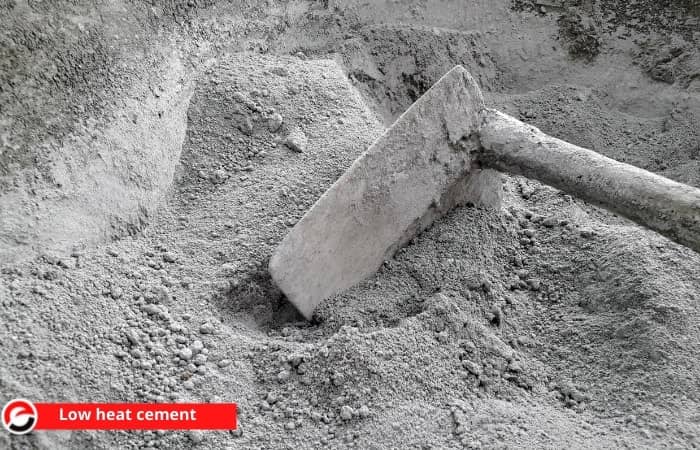 Low heat cement is all about releasing a low amount of heat during the hydration process. This kind of composition can be achieved by reducing the contents of C3S and C3A in making components of the cement. these compounds release the maximum amount of heat of hydration during its process and increase the amount of C2S.

Reduction in temperature slower the chemical process of hardening and further restricts the generation rate of heat. So because of this main feature of low heat cement, it will be called a slow rate of gaining strength.

This is a special type of Portland cement which is much the same as normal Portland cement, but some changes in the chemical compositions are made. It contains a low percentage of tricalcium aluminate(C3A) and a higher percentage of dicalcium silicate(C2S). Low heat cement is type-VI cement as per ASCM C 150 standards. 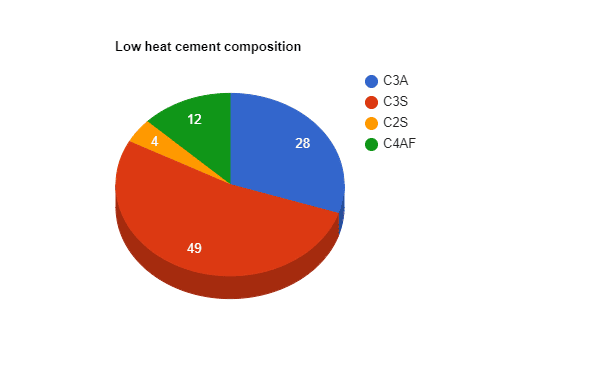 The compounds of composition most probable are below in the tabulated form:

Physical and chemical properties according to its IS code12600:1989 standard are below:

Uses of low heat cement are:

Advantages of low heat cement are as follows:

Disadvantages of low heat cement are as follows:

Why low heat cement is used in dams?

Low heat cement is used in dams as it helps to balance the rise of temperature due to the hydration process of cement.

Which IS code is used for low heat cement?

What type of mix design is used in low heat cement?