What Are Alluvial Soils?

Surface water deposits soils known as alluvial soils. They are present near rivers, stream terraces, floodplains, and deltas. The soil spreads out in the form of a triangle fan as a result of greater floods. Some soils are created through the extensive process of rock transformation. But these alluvial soils are developed differently. 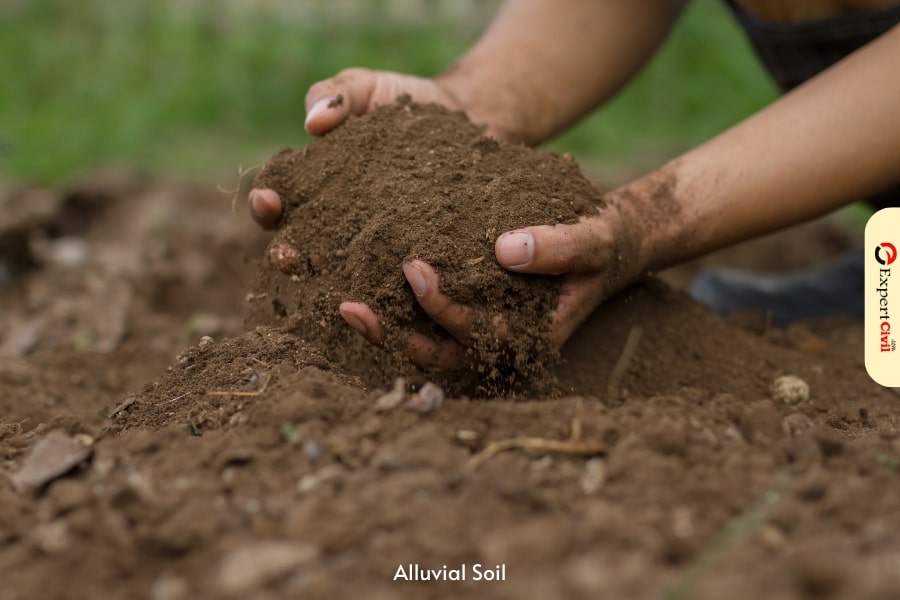 Alluvial soil is one of the most effective types of soil for use in agriculture.  It removes nutrients and other sediments from the flowing water through a filter. It can enhance the quality of the water out of the downstream.

How is Alluvial Soil Formed?

When materials like silt, gravel, and sand are carried downstream by rivers. They afterward dumped there. Then, alluvial soils are created. The water also deposits silt on the coastal plains due to wave erosion. Alluvial soil is eventually created when silt and humus are combined.

Alluvial Soil around the World

Except for Antarctica, all continents have alluvial soil. The floodplains of the Nile and Amazon rivers are one of the most fertile agricultural lands. Alluvial soil makes up a significant part of the soils in China, India, and the United States. Alluvial soil has a lot to offer, but it can also cause issues. In locations with alluvial soils, flooding is a significant risk. As a result, the soil is frequently quite erosive.

Silt, sand, clay, gravel, and a sizable amount of organic materials make up alluvium. The alluvial soils have weak profiles since they are recent in origin. Floods deposit new layers over the previous one in a continuous manner. Alluvial soils have a distinctive layered appearance. Many floodplains exhibit this stacking or stratification, process. Due to an incomplete soil profile, alluvial soils are considered immature soil.  The following are the primary attributes of alluvial soil:

The main chemical properties of alluvial soil are mentioned below:

Distribution of Alluvial Soil In India

The Indo-Gangetic-Brahmaputra plains are covered in alluvial soils. There are only a few places where alluvial soils are present. The area begins as a layer of desert sand covers the top layer. Alluvial soils may find in “deltaic alluvium” in the Mahanadi, Godavari, Krishna, and Cauvery deltas (coastal alluvium). 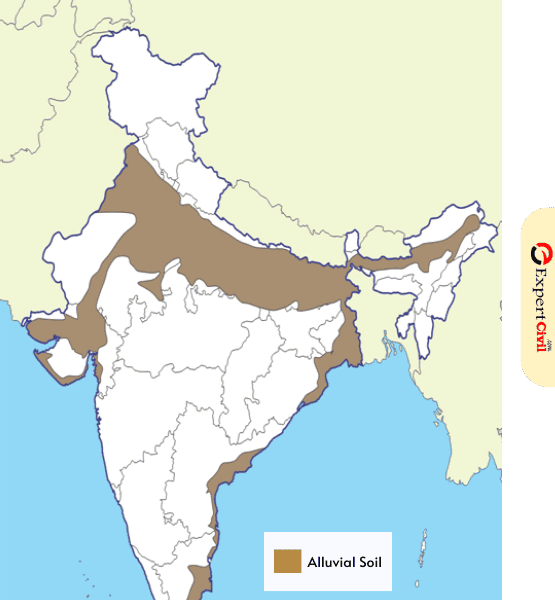 Alluvial soil is one of the best soils used for cropping. Alluvial soils help to grow plants. This soil contains all essential nutrients. That’s why it has a significant role in agriculture. The following crops are most of the time cultivated in alluvial soils:

Khaddar alluvial soil is defined as a fresher and younger alluvium soil. The soil deposits are found on flood plains. Since this soil is regenerated each year, it is more fertile than the soil in Bhangar. It is drier and leached, less calcareous, and carbonaceous.  Hence Khaddar alluvial soil is the most fruitful soil of the Ganges (less kankary).

The soil of Bhangar is older alluvial soil. Bhangar soil makes up a significant section of the Northern Indian Plains. The soil has a terrace-like appearance. It is not as productive as the soil in Khadar.

The earlier alluvium along the river beds is recognized as the Bhangar.  It has formed terraces that are higher than flood plain. It has a more clay-like composition. It is typically very dark in color. “Kankar” beds of lime nodules can be found a few metres below the terrace of the Bhangar.

Thus, alluvial soil can be found in deltas, floodplains, and close to riverbanks. It is viewed as a vital type of soil. Alluvial soil always plays an important role in our environment. Alluvial soils preserve the health of our ecosystem.