You are looking for a list of the most beautiful buildings of the world. In 2022, buildings are the most established physical feature in the world.  A building’s structure always gives us a vibe of shelter, rest, and comfort. That’s why; we could not survive without any architectural building.

Even though there are billions of buildings around the world. Many of the buildings are beautiful. And it seems to be very difficult to figure out the most attractive ones. But in this article, we’ll focus on buildings that stand out for their exceptional beauty. These buildings are selected in terms of their construction, architecture, perspective, and interiors.

It is a royal home in the Baroque style. It is a complex lavish palace. Louis XIV resided there until the outbreak of the French Revolution in 1789.  It has been a World Heritage Site for 30 years. In the 19th century, Phillipe’s Versailles was transformed into the Museum of France. Then, new collections of paintings and sculptures were housed in chambers of the palace. It is one of France’s architectural wonders.  The structure of the palace has 2,300 rooms distributed across 63,154 m2.  It is situated 20km from Paris. People can visit the Estate of Trianon, the gardens, and the Royal Stables during the tour.

This architectural building is one of London’s most famous sights. . It is a pagan temple before a Christian worship place. Then, it has served as a Christian place of worship for more than 1,400 years. 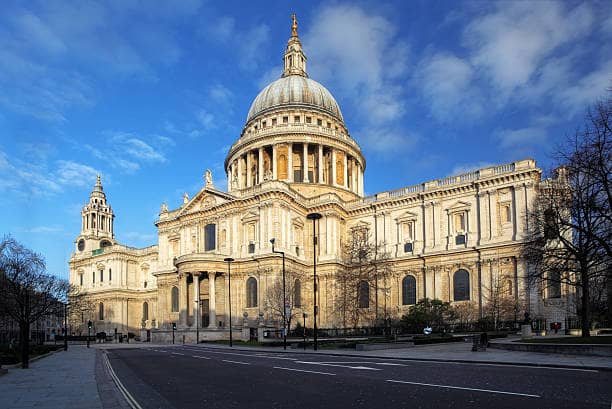 The original church was destroyed in the Great Fire of London. After this incident, Sir Christopher Wren created the current structure. The 4000 years old architectural structure still has fame in the world’s building. It usually places St. Paul’s Cathedral at the top of the list.

In New Delhi, there is a House of Worship called the Lotus Temple. It has 27 buildings that resemble the petals of a lotus flower. It often opens to a central hall. It has the same marble as White marble from Mount Pentelicus in Greece. 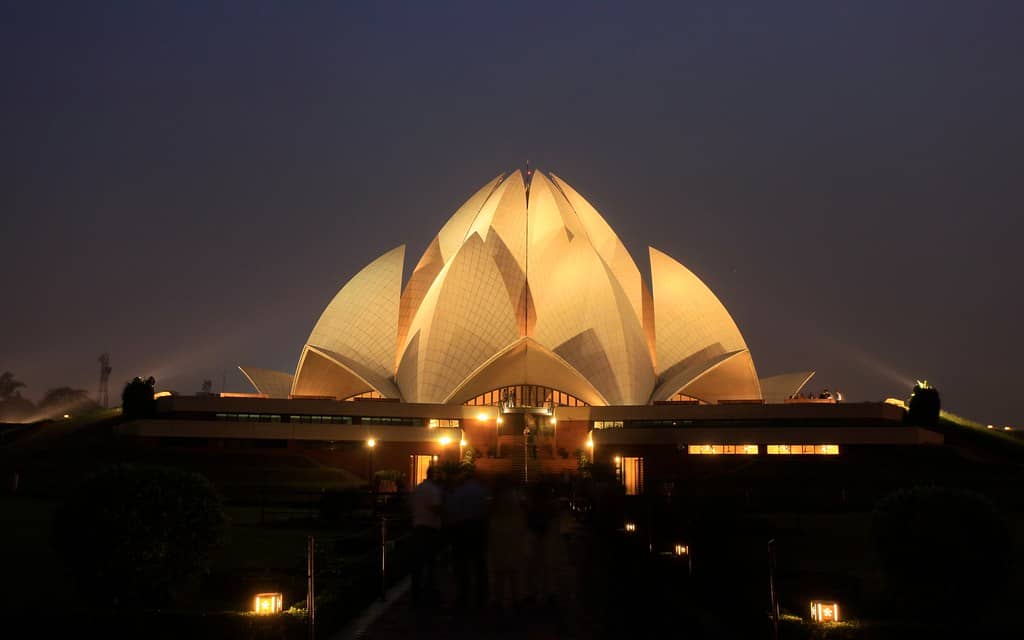 The same marble was used to construct the temple and covers its surface. Its construction is completed in 1986. It has drawn more than 100 million visitors due to its beauty. That is the reason; it is ranking among the most visited structures worldwide.

In Dubai, the Burj Khalifa is highlighted among all buildings. It has a height of 828 meters (2, 716 ft). Also, it is 60% taller than the next-tallest structure. 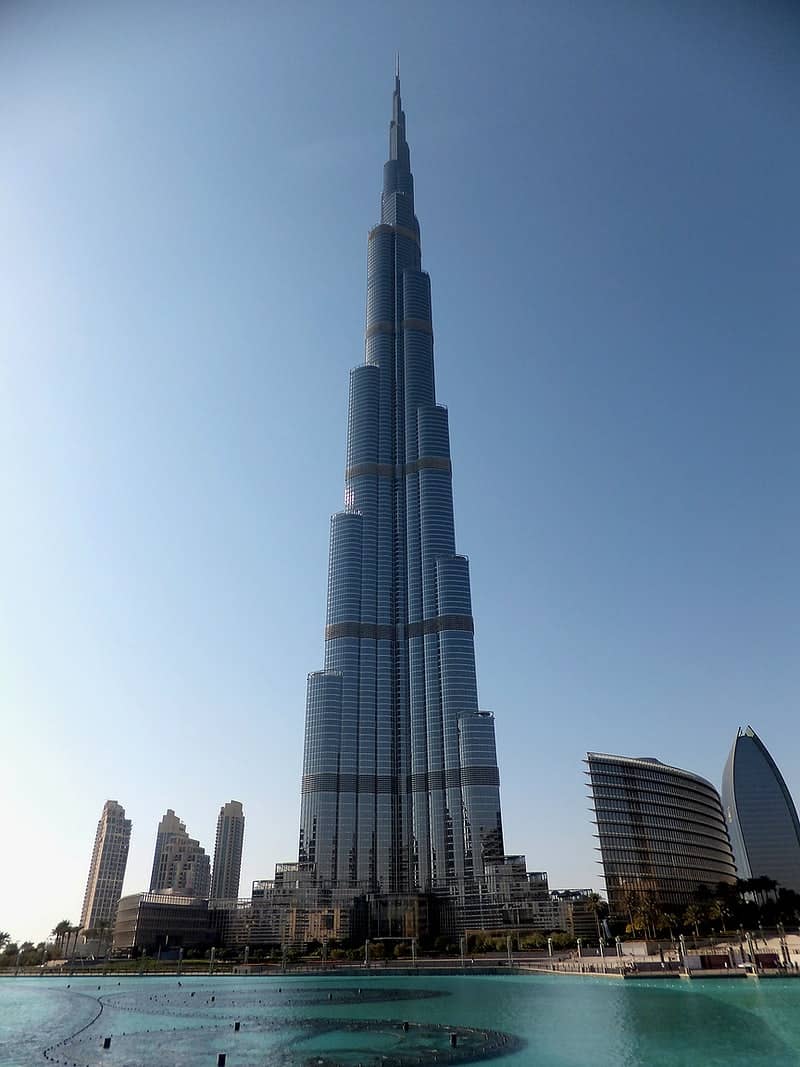 Its 160-floor structure has the world’s tallest observation check. This architectural building has a footprint with three lobes. This character is just similar to the Hymocallis flower.

The Sultan Ahmed Mosque was constructed between 1609 and 1917. It is sometimes referred to as the Blue Mosque because of the interior’s blue tiles. The structure was ordered by Sultan Ahmed I to compete with the Hagia Sophia temple. 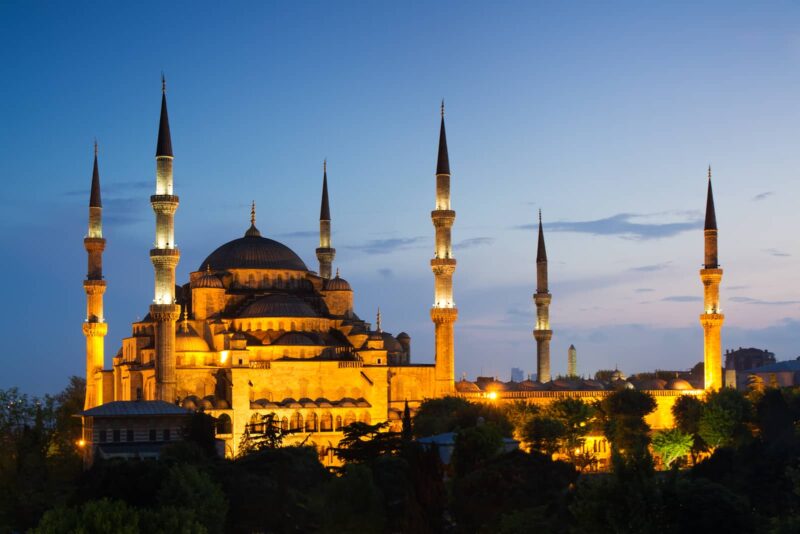 The structure has six minarets, a huge plaza, and ascending domes. The walls are decorated with Iznik ceramic tiles. These tiles are arranged with 50 various tulip patterns. This pattern makes it unique and beautiful among other world’s building structures.

This building structure has its individuality among other architectural structures. A ski slope, a hiking trail, and a climbing wall are on top of it. The 13,4514-square-foot power plant was to be designed. Then, it changed into a waste-to-energy facility. It also served as an urban entertainment area. 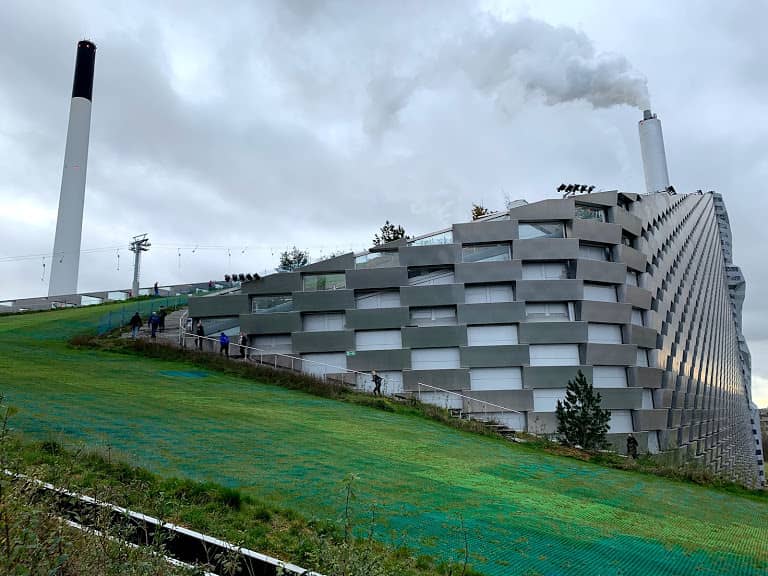 CopenHill is one of the greenest places in the world.  It emits no carbon dioxide and runs at 110 per cent efficiency. Also, it supplies district heating and low-carbon electricity to 600,000 people. The design of the building is such a masterpiece in the whole world.

The School of Design & Environment is one of Singapore’s newest buildings. It is a department of the National University of Singapore. It is drawing attention to its design. It is constructed for the nation. It is the first net-zero-energy building. SDE4 was created by Serie Architects. It has approximately 30,000 square feet of space. 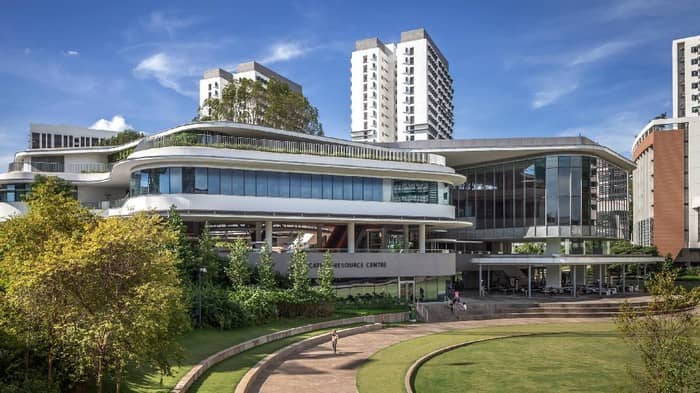 It is distributed over six stories. This building is serving as a model for the nation’s sustainability. In a dense jungle, it is a modern structure. This structure is attached to outdoor gathering areas and workshops. The students have research facilities, a cafe, and a library across the building. 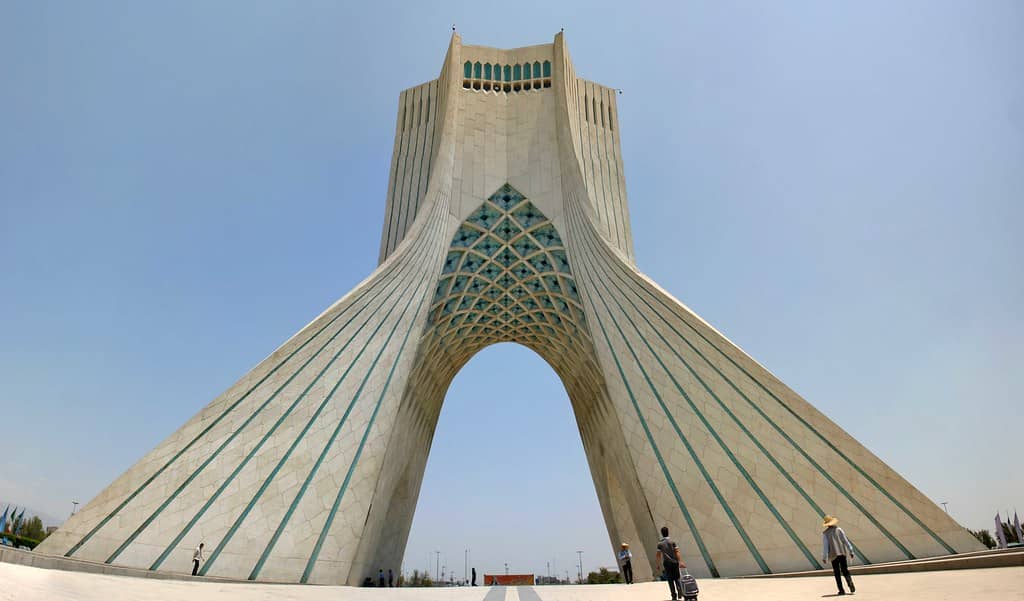 Hossein Amanat drew inspiration for the design from historical occurrences.  It is the major archway, which spans a thousand years of Persian history. It has a blend of pre-Islamic Ctesiphon arch with the pointed arches of the Islamic era.

This beautiful building is among the world’s most identifiable structures. It also has a nice appearance. The groundbreaking design by J.R. Utzon was chosen in 1957.  There were many complications in its construction. It was projected to take four years to complete, but it took 14 years. 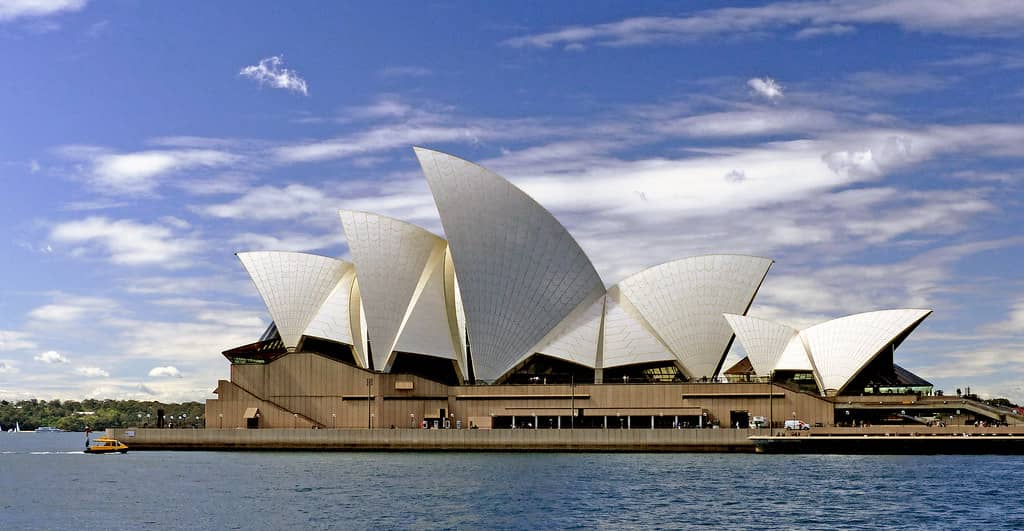 When it is constructed, it became an amazing architectural piece. Even after more than 50 years, it remains a striking sight. It is made up of 1,056,000 self-cleaning Swedish tiles. These Swedish-style tiles give a majestic look to the building.

This building is a chateau-style mansion. It was once occupied by the Vanderbilts. It is the largest private residence in the nation. 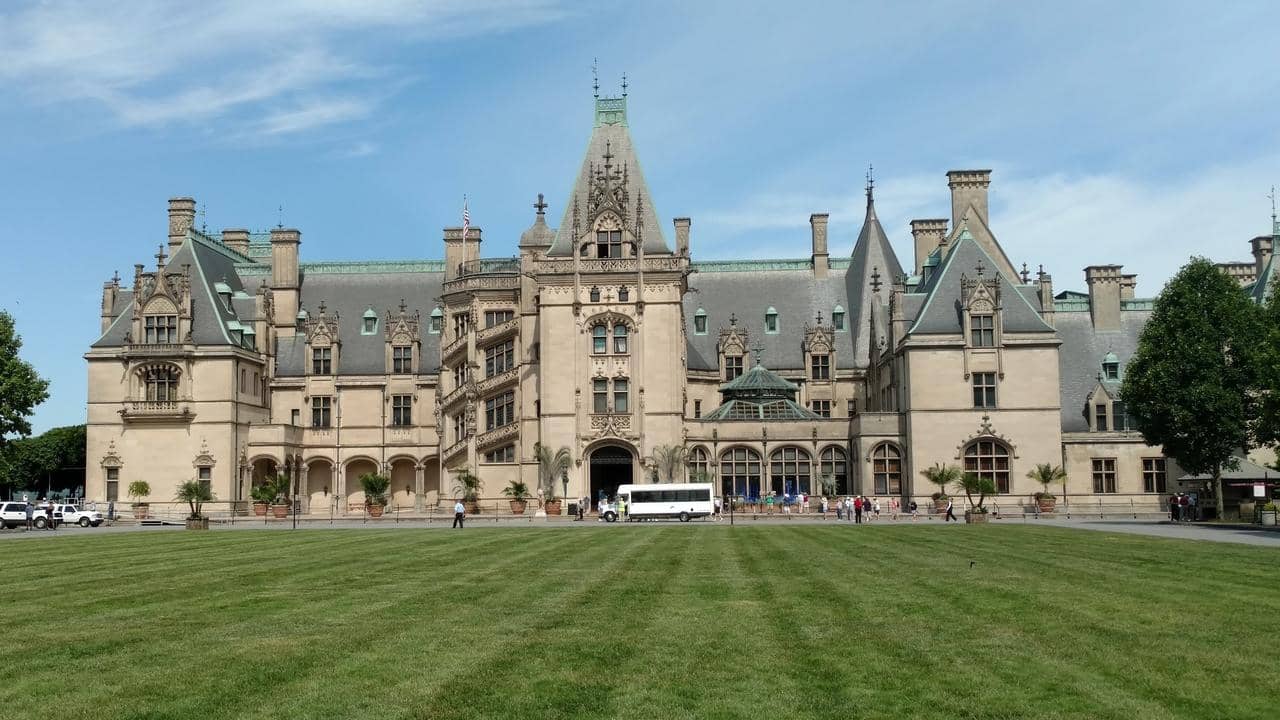 The structure is bigger than the US Capitol.  It is built in 1895. The construction has over 250 rooms to explore with landscaped gardens.

Also Read: Tallest and Longest glass bridges in the world

In UAE, the Museum of the future is one of the most stunning structures in the world. This building is 77-meter-tall in height. This structure reflects the information we currently own. While the emptiness in the structure stands for the future. 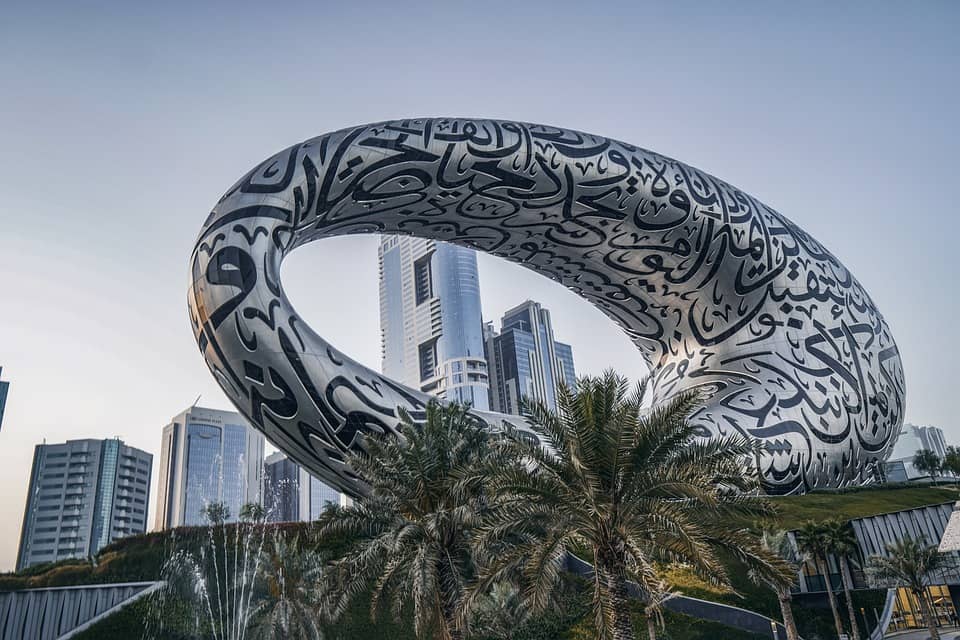 This building’s architecture incorporates Arabic calligraphy as well. It references poems about the future authored by Sheikh Mohammed.

The historic palace of Hawa Mahal is constructed in 1799. It is constructed with red and pink sandstone. It has a resemblance to a Wes Anderson filming location. 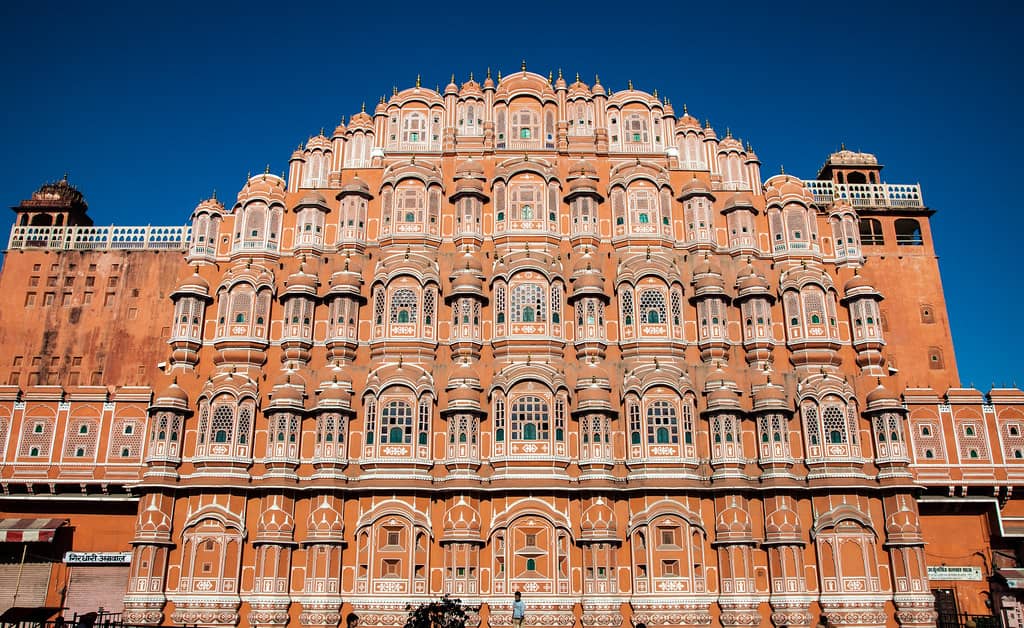 It is known as “The Palace of the Winds” in English. It has a total of 953 tiny windows on the five-story buildings. This structure gives the impression of a beehive due to latticework.

This castle has a total area of 61,000 square meters. The buildings have given important cultural asset status.  It is one of Japan’s most well-known landmarks. 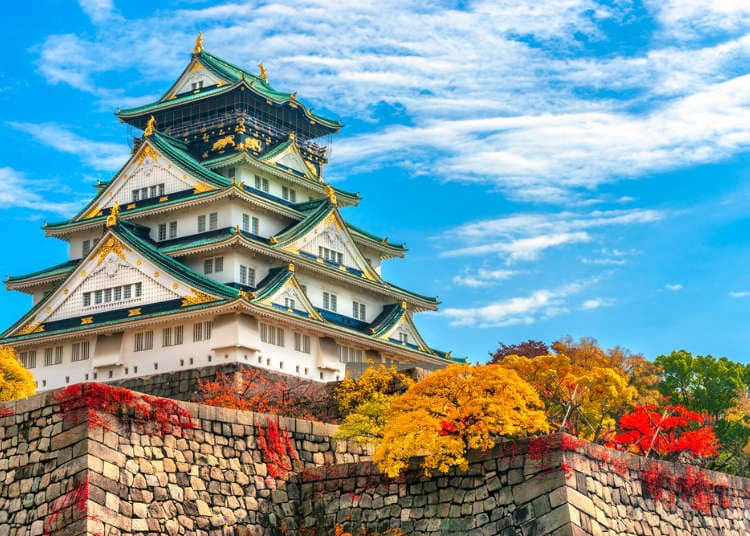 The centre structure has an interior height of eight stories. It is an outside height of five stories. Its history is also noteworthy because of the situation in the 16th century.

Every president of the United States of America has lived in the White House. It is a storied structure located in Pennsylvania, Washington, DC. Since 1952, no significant improvements have been made to it. 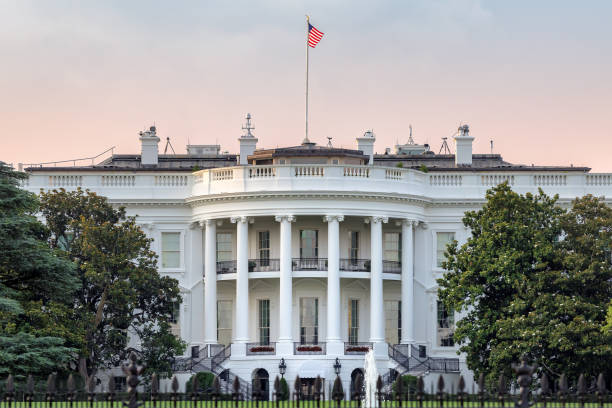 This structure is among the loveliest in the entire globe. It is still the same as in the 1800s. So, it is also among the most ancient building in the world.

A Roman Catholic cathedral in Brazil is also known as the Cathedral of Brasilia. Oscar Niemeyer created a masterpiece with this building. This building’s design features are just amazing. It has concrete walls and a glass ceiling. 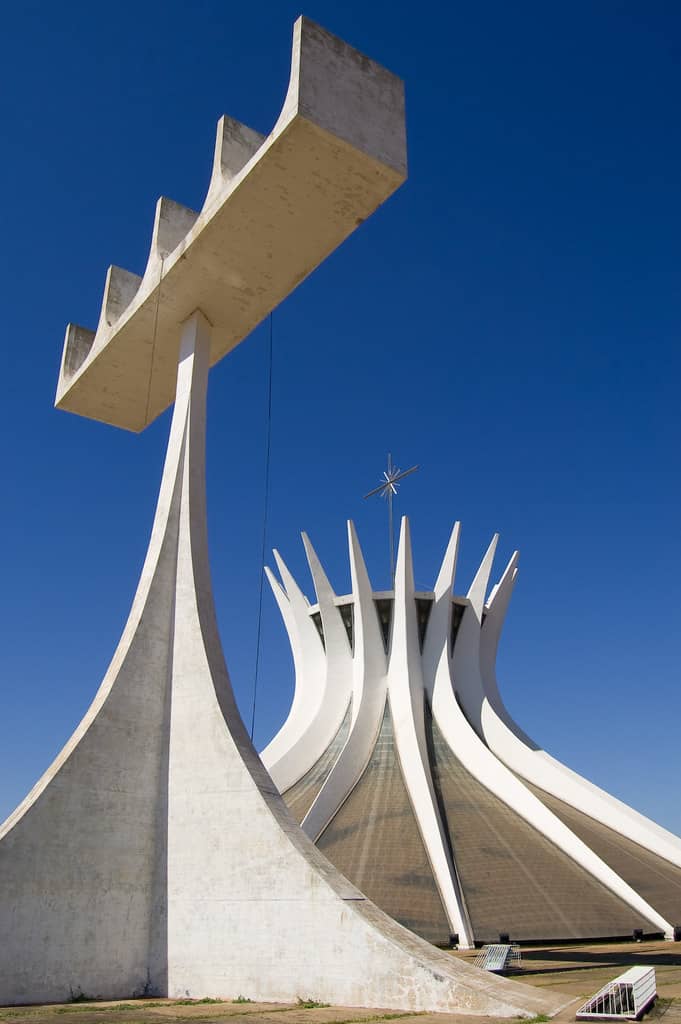 It is also famous for its triangle-shaped stained glass windows.  This building is a part of the UNESCO Brasilia Globe Heritage Site. This is the reason it is simply the highest calibre. It is also without a doubt one of the most stunning structures in the entire world.

In short, architecture has always been a sort of art. It has been admired by many. A structure’s construction and design involve creativity and workmanship. It provides a well-rounded atmosphere that empowers young minds to experiment with original ideas.

As a result, it might be viewed as an innovative piece by everyone. A visit to the world’s structures may become the motivation for travelling to another country. Also, the architecture of a place holds a lot of cultural significance. So this article is for you if you love architecture. It gives you a thorough tour of the world’s most beautiful buildings.