What is tensile stress?

Tension, in which the material’s fibres are stretched, is one of the most basic loading conditions. The resistance of a thing to a force that could rip it apart is known as tensile stress (𝞼). The amount of tension that the target object can withstand without tearing is used in the calculation. 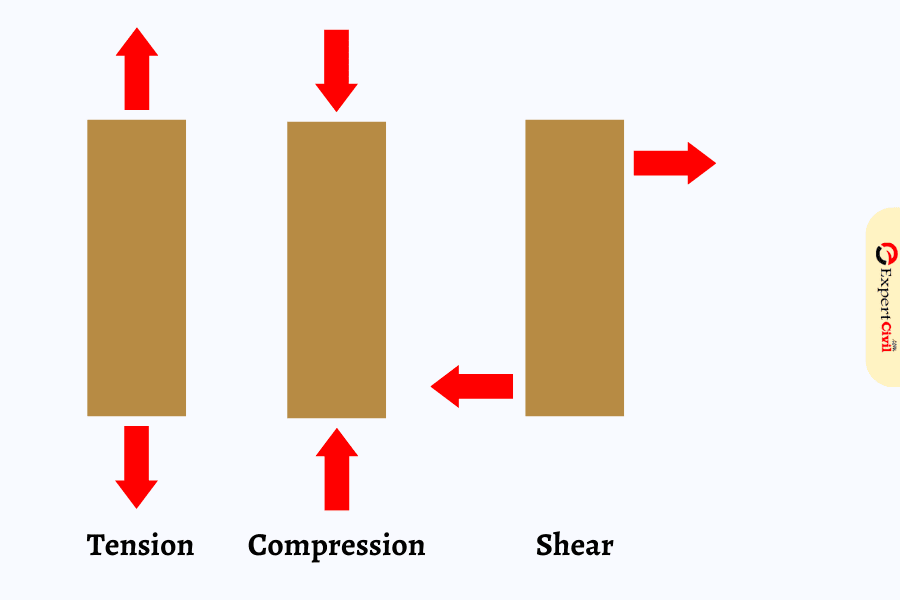 Also Read: How to get stress-strain curve of concrete?

When a bar is stretched, stresses are tensile (taken to be positive)

Stresses are compressive If forces are reversed (negative) 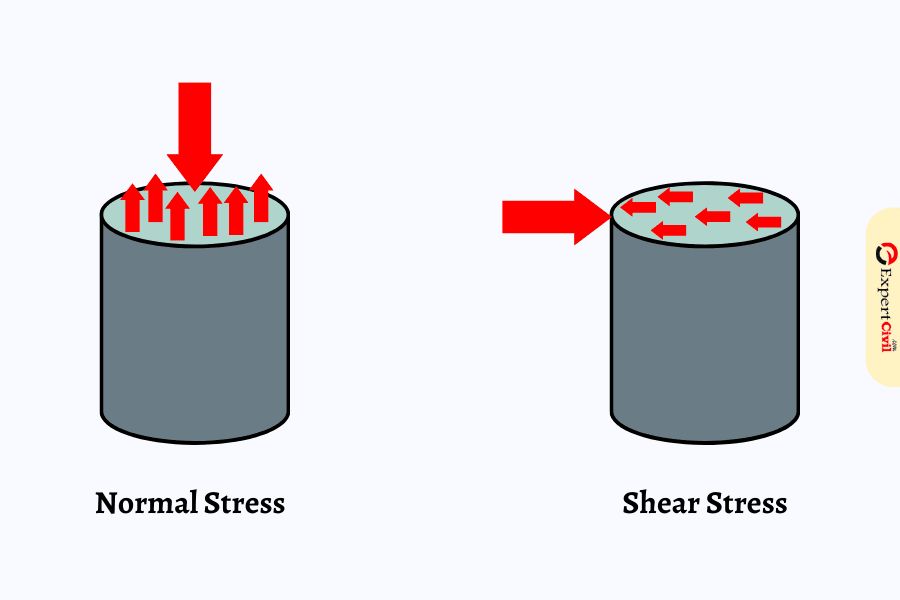 The resistance of a thing to a force that could rip it apart is known as tensile stress (𝞼). The amount of tension that the target object can withstand without tearing is used in the calculation. The load at E divided by the bar’s original cross-sectional area (A) yields the nominal stress at failure, also known as the maximum or ultimate tensile stress. 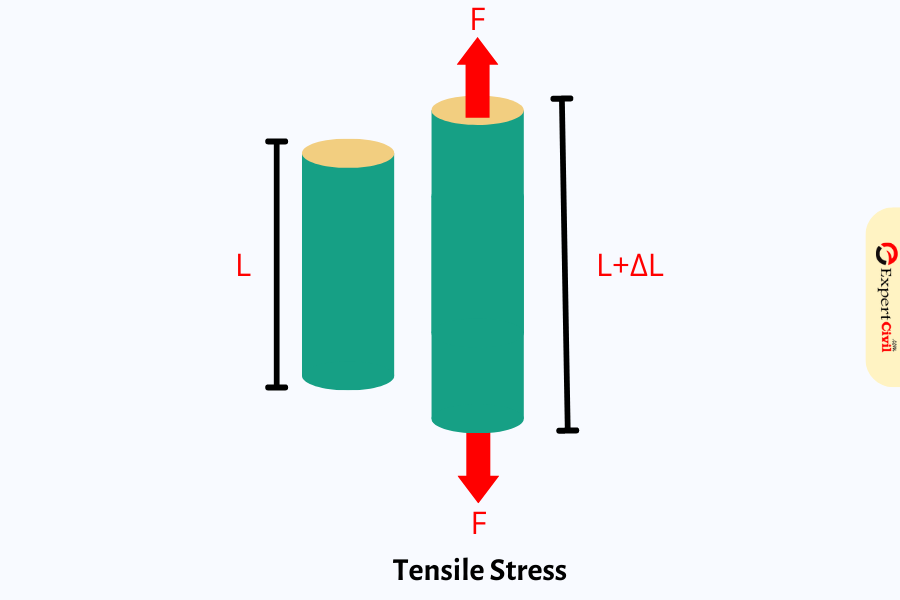 There are many applications of Tensile Stress in daily life, some of them include Gym equipment, Tug of war, pulling a bucket of water from the well, Car Towing, etc.

To deliver fitness-related services, most gym equipment, such as the Lat Pulldown Machine and resistance bands, employ tension force. Low mass strings are the ropes utilized in such applications. It allows the machinery to maintain tension even when not in operation. Similar to this, other stretching exercises are performed with a resistance band by applying tension and compression force.

One of the most popular sports for young people that uses tension force is tug of war. A properly stretched rope is a prerequisite for a tug-of-war match. A tug of war competition is based on the two teams attempting to draw the rope toward their respective sides. The tension force is the amount of force a rope can hold when a draw force is applied from both ends. No one would be able to win the game without tension force.

Next is the process of drawing water from a well. It uses a rope with one end fastened to the bucket handle and the other fastened to the pulley. Tension is created when this rope is stretched by an outside force. The bucket and the person attempting to pull the water out of the well use the rope as a conduit to transfer energy. As a result, the procedure can be made simpler with the proper application of tension force and a pulley, making it simple to extract water.

A vehicle uses a taut chain to tow a car, which distributes the tension force to the car that is attached. The chains and wires employed in the towing mechanism have negligible bulk in order to maximize power transfer. An arrangement of chains and pulleys is powered by the towing vehicle’s motor. The operator is then able to tow the vehicle by coupling this energy to the object that has to be hauled.

What is compressive stress? 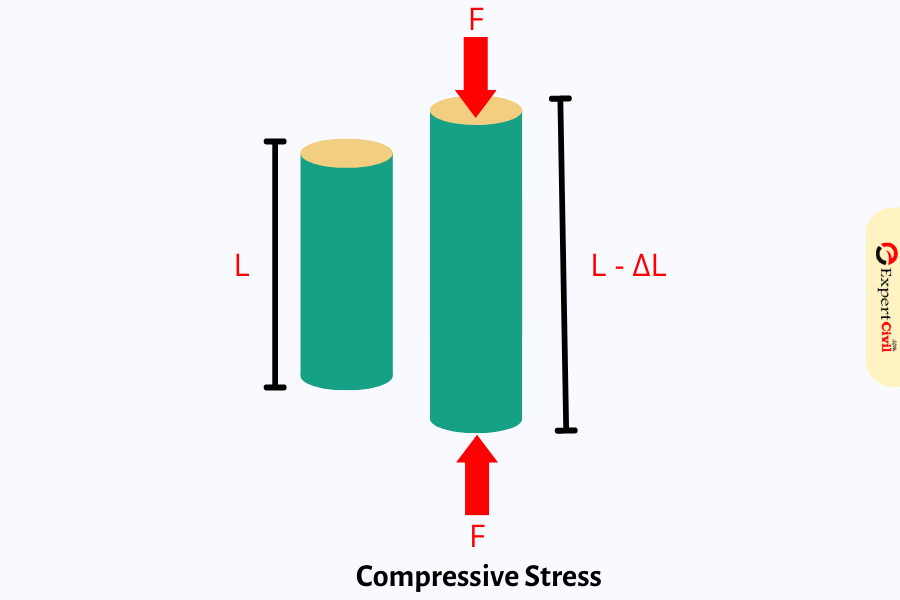 There are many applications of Compressive Stress in daily life, some of them include Bridges, Hydraulic presses, springs, Shoe soles, etc.

Next is the hydraulic press, two cylinders are joined together to form the basis of a hydraulic press. The smaller cylinder is referred to as a plunger, and the larger cylinder is known as a ram. Hydraulic fluid is present in both cylinders, serving as a conduit for the energy to be transferred to the machinery. Pascal’s law, which states that pressure applied to a small piece of a liquid is shared by the entire volume of the liquid present in the container, forms the basis of the machinery’s operation. According to Pascal’s law, the compression that occurs when the plunger is pushed down is transferred to the hydraulic fluid that is present in both cylinders. The pressure is created as a result of the fluid in the ram lifts being compressed.

The ground’s response force and the person’s foot pressure are both applied to the shoe when someone runs or walks. As a result, the shoe sole tends to experience a substantial amount of compression force, which briefly distorts the shoe’s shape. The weight of the body and the strength of the gravitational force pushing on it both affect how much of a compression force is applied.