Definition: End bearing piles are a type of pile that works on the base of the mechanism of load transfer through the bottom tip of the pile itself. It means that it is used to transfer superstructure load through low-bearing capacity soil to the hard stratum like rock or any solid dense sand and gravel. 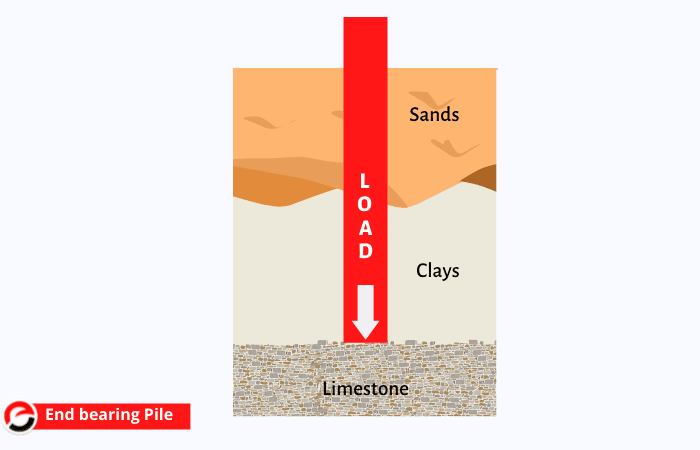 This method of end bearing capacity of pile determination was proposed by Schmertmann. 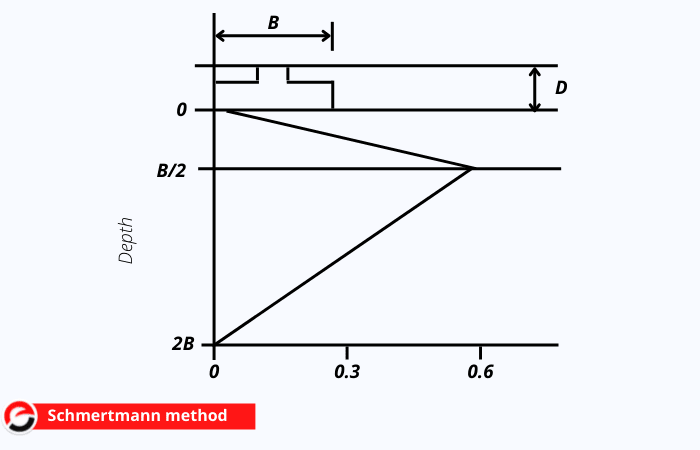 The following equation is used in this method for the unit end bearing capacity of the pile from the cone tip resistance:

where, qc1 = the minimum average cone resistances of zone ranging from 0.7D to 4D below the tip of the pile.

qc2 = the average of minimum cone tip resistance over a distance of 8D above the tip of the pile.

D = depth of the end-bearing pile.

This method is used to calculate the ultimate bearing capacity of the end-bearing pile in clayey soil.

where-, qc1 = average value of the qc values at 4D below the tip of the pile

qc2 = average of the qc minimum values at 4D below the tip of the pile.

The effective length of the end bearing pile should not be more than 20 m and geo category 2. If pile length will be between 20- 30 meters then the bearing capacity should be reduced by 10 res. 25%.

end bearing pile will act greatly with the minimum settlement, so it will be a perfect choice for the building which settlement is critical when it is having a considerably heavy load. It will help to minimize large fluctuations in subsoil water levels.

A friction pile is a kind of pile foundation. This kind of pile uses frictional force as a base between the pile base surface and adjacent soil surface to transfer the load of the superstructure. As per the soil strata condition, resistance force which is a frictional force here can develop a particular length of the full length. A friction pile is mostly used because for a stable foundation friction force is adequate. 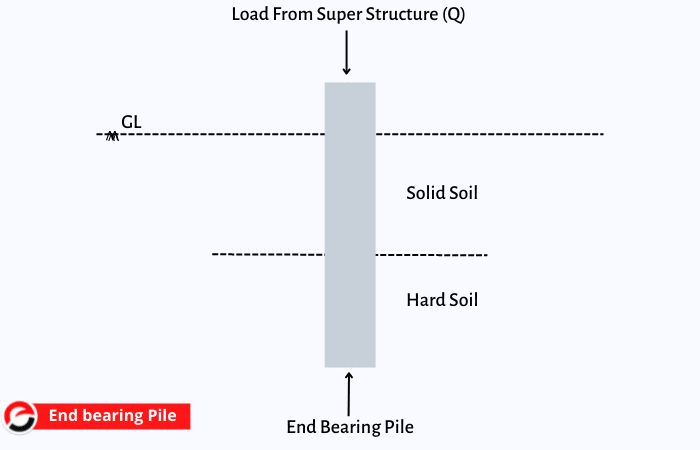 Advantages of end bearing pile are:

disadvantages of end bearing the pile are:

How short can an end-bearing pile be?

It depends on the depth of the hard soil stratum.

How to fix the length of end bearing pile in bridges?

The Length of the end bearing pile can be fixed based on load calculation and depth of hard soil strata.

Where to use the end bearing pile?

End bearing pile is most preferably used for high-rise buildings and towers, major water tanks and reservoirs, and bridges.