What is Isolated footing?

Individual columns are supported by the isolated footing. They might be steeped or have projections in the concrete foundation. Steel reinforcement is given in both directions in a concrete bed for heavily loaded columns.

Isolated footings come in a variety of shapes and sizes, including spread, stepped, and sloped footings. The most common shapes are square, rectangular, and round. The soil condition and the pattern of exerted loads determine which type of footing is used. When columns are placed at relatively long distances, isolated footings are one of the most cost-effective types of footings. 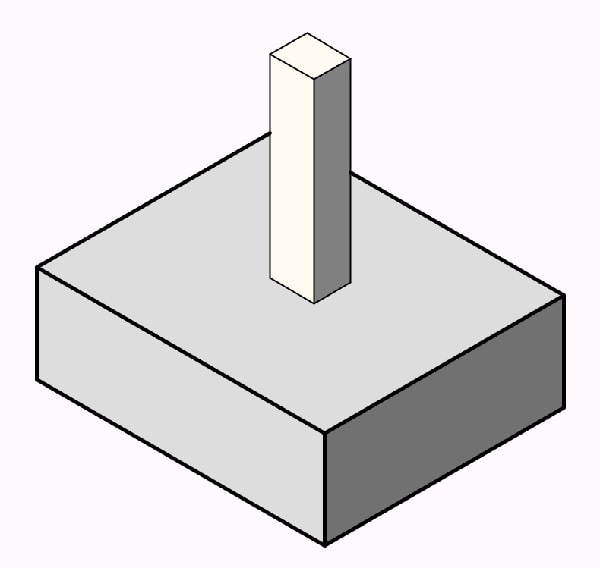 Isolated or single footings are structural elements that are used to transmit and distribute loads from single columns to the earth without exceeding the soil’s bearing capacity, as well as to prevent excessive settlement and provide enough protection against sliding and overturning. They are also employed when there are light column loads, when columns are not tightly spaced, and when the soil is uniform.

It is commonly square, rectangular, or circular in shape and is built separately under each column. Flat isolated footing has a consistent thickness. It’s included to help lessen bending moments and shear forces at important points. To boost the final weight carrying capability, it can be made of plain concrete or reinforced concrete.

A pad foundation is built to sustain concentrated loads from a single point load, such as a structural column. Another name for this is a simple spread footing.

Construction of this form of isolated footing was once common, but its use has waned in recent years. It is primarily used in the construction of residential buildings.

Sloped or trapezoidal footings are meticulously designed and built to maintain a 45-degree top slope on all sides. In the construction of a sloped footing,

less reinforcing and concrete is utilized than in the construction of a plain isolated footing. As a result, there is less need for concrete and reinforcement.

The purpose of isolated footings design is to determine: 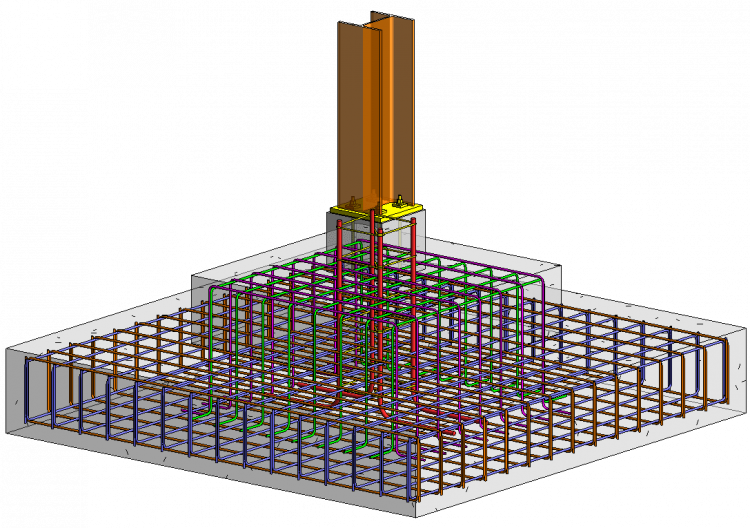 Design steps to be followed for isolated footing:

According to IS 456-200, the minimum thickness of main reinforcement in a footing should be 50mm if the footing is directly in contact with the earth’s surface, and 40mm for externally exposed surfaces such as surface levelling PCC. If surface levelling is not used, a 75mm cover must be selected to cover the excavation’s uneven surface.

The minimum reinforcement must account for 0.12% of the overall cross-sectional area. The main reinforcement should have a minimum diameter of 10 mm.

Where y is the long side and x is the short side of the footing. 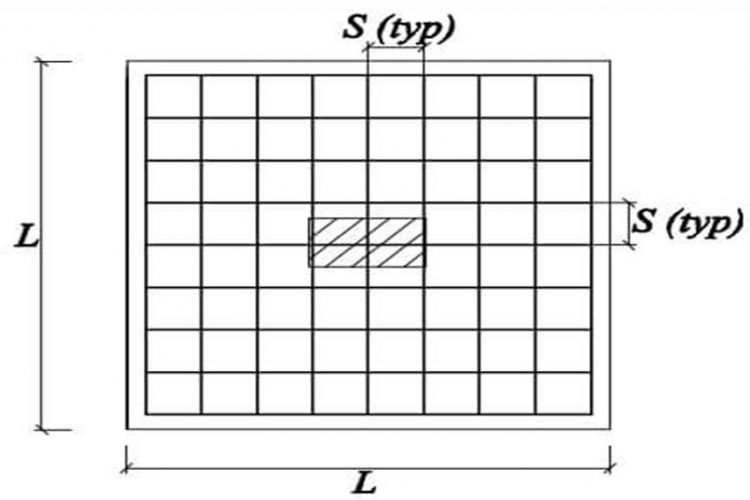 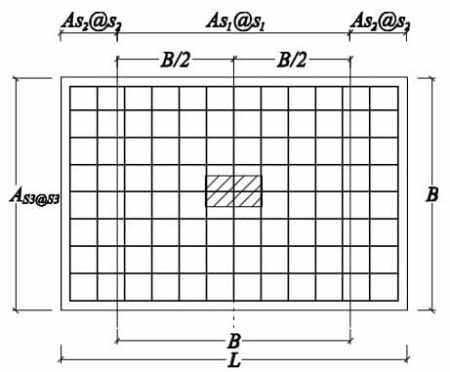 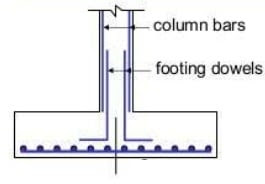 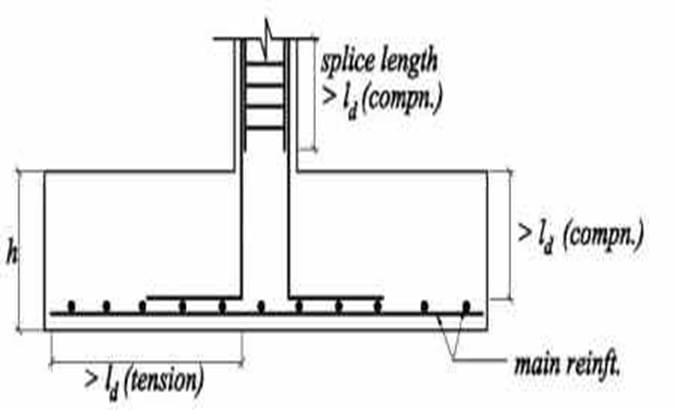 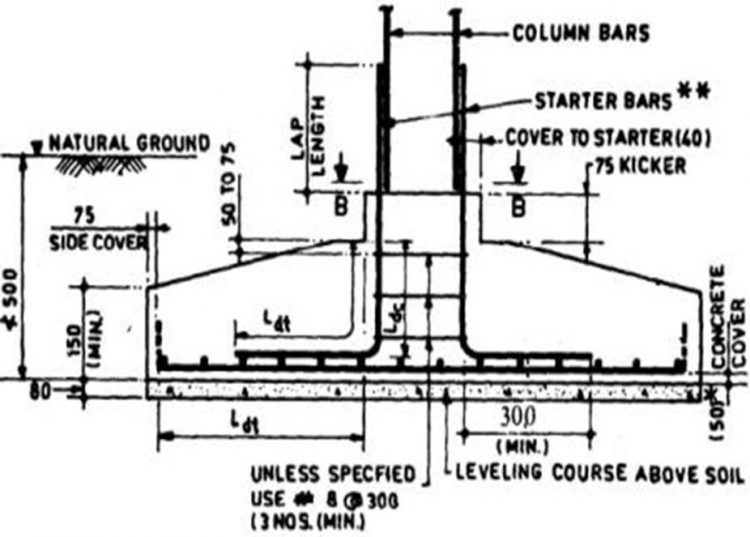 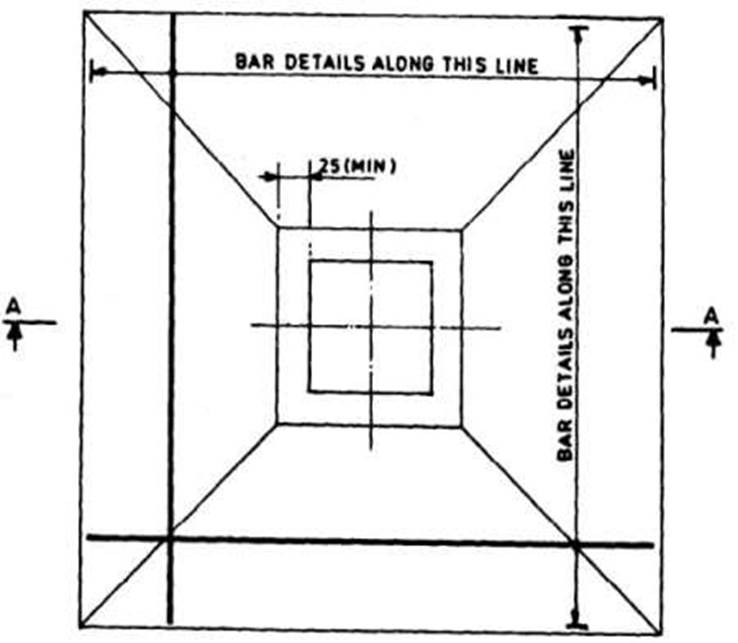 What is meant by isolated footing?

Isolated footings are frequently used for shallow foundations to carry and distribute concentrated loads, such as those induced by columns or pillars. Reinforced or non-reinforced material can be used in isolated footings. The height of the non-reinforced footing, on the other hand, must be greater to provide the appropriate load spreading.

Where is isolated footing used?

• When the columns are not closely spaced, this sort of footing is employed.
• There are fewer loads on the footings.
• The soil’s safe bearing capability is normally high.

How to calculate isolated footing volume?

Volume will be calculated based on its cross-section shape and thickness.