What is an infiltration gallery?

An infiltration gallery is the source of water at the subsurface level used as a water supply system. Its structure looks like a horizontal drain that is situated below the water table so that it can collect groundwater. It collects subsurface sources of water.

This horizontal drain is rather made up of open jointed pipe or perforated pipe. And after collecting water at the end it is taken to the sump or a collecting well from where it can be pumped out. 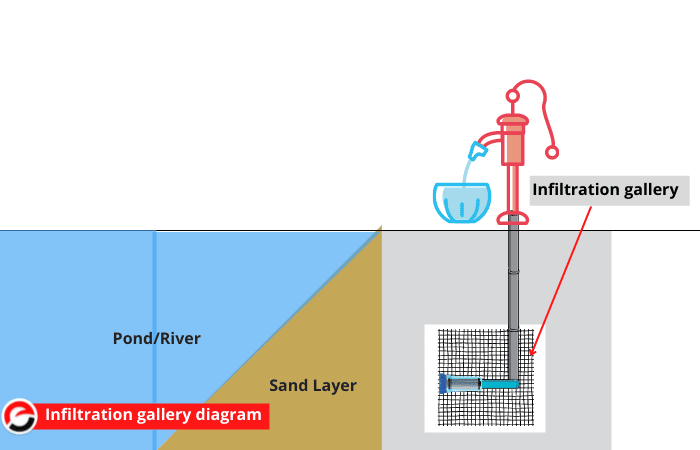 the equation for a yield of infiltration gallery:

H = depth of permeable stratum above the bottom of infiltration gallery,

h = height of water surface level inside the infiltration gallery,

L = distance from which seepage or infiltration takes place.

What is infiltration well?

It is normally constructed at the lowest point of depression. Generally, precipitation infiltrates through vegetation that is permeable, and the remaining will runoff on the surface, due to more industrialization and urbanization more surface is covered and less infiltration is done. So this technique balances the hydrological cycle and helps to recharge underground aquifers. Sometimes gravels, filtering soil, etc are used in well to improve quality and remove unwanted particles and impurities.

Also Read: What is Aquifuge, Aquifer, Aquiclude and Aquitard in Geological Formations

uses of infiltration gallery are:

Generally, more than one infiltration gallery is constructed that is connected to a center like a hand-dug well or else, so this center is called a collecting well.

These galleries are constructed in such a way that they will not get contaminated. So a safe standard distance of 30 m is maintained on all the sides from a contaminated area or something which can contaminate the water. The safe distance may vary according to site and situation.

The Infiltration gallery is situated at a distance where unfiltered surface water can not be entered.

So through infiltration galleries water is collected at collecting well and from there it was taken out through pumping system, or with other water supply system to match the required water supply-demand.

Also Read: All You Need to Know about Rainwater Harvesting System

Construction of the infiltration gallery is recommended to be done at end of the dry season. Also, the location of the gallery needs to be selected as one meter below the water table throughout the dry season.

We here discuss the basic steps of construction of an infiltration gallery, which include excavation, base preparation, pipe or drain block installation, and clay layer preparation.

As we know that infiltration gallery helps to take out the subsurface source of water. So perforated pipes are inserted for that, and for that, a trench is excavated and it is supported by formwork and supports during this excavation process so that trench will not collapse. 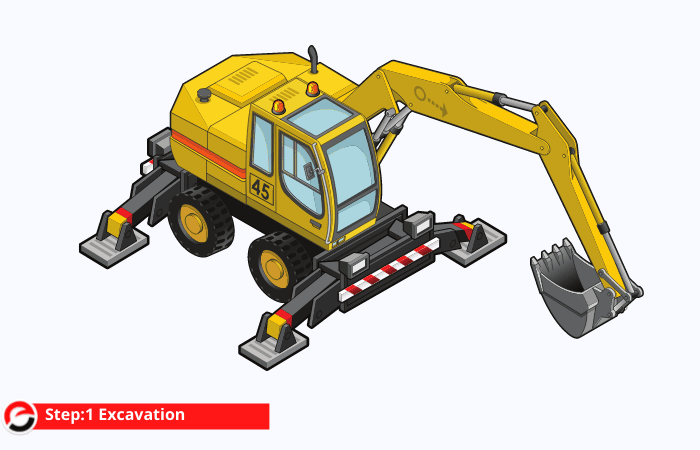 After the excavation of the trench base need to be created to properly support pipes or drain block and for permeable surrounding. Here a layer of gravel is laid on the base of the trench and leveled as needed. 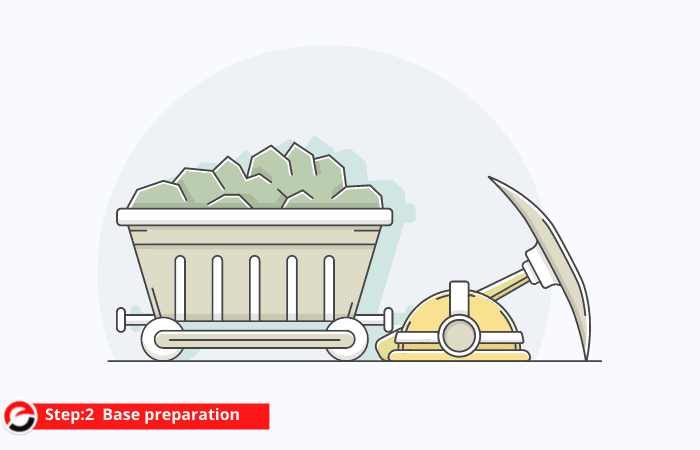 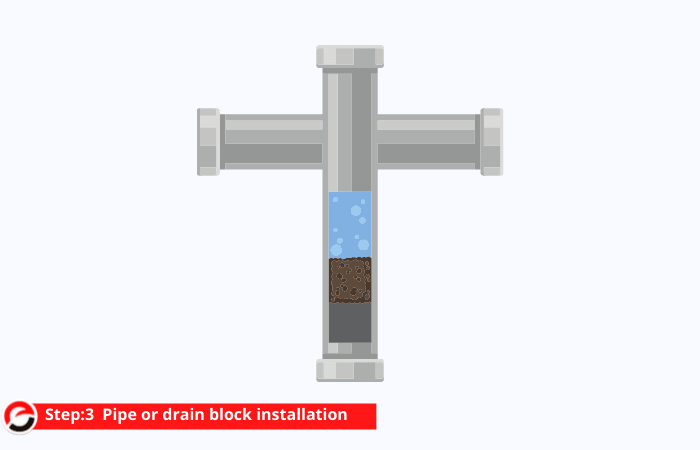 Over the gravel layer, fine size clay is deposited to cover it. It will prevent surface water from entering.

The formula for infiltration gallery is as,

\(x\)= distance from drain to the point of observation

D(u) & u2= drain function, it is defined from the table and the chart below as per the given data. 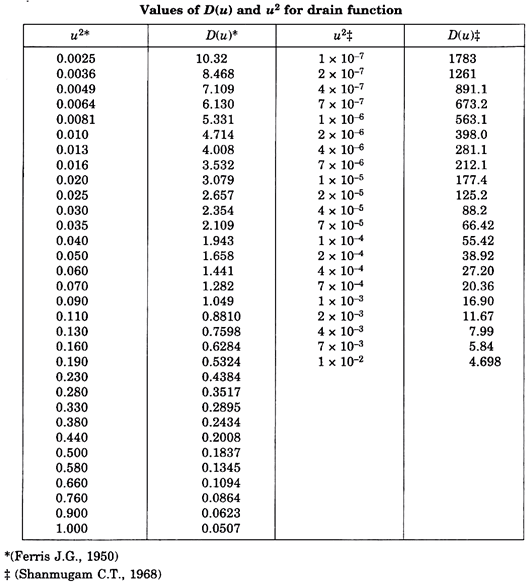 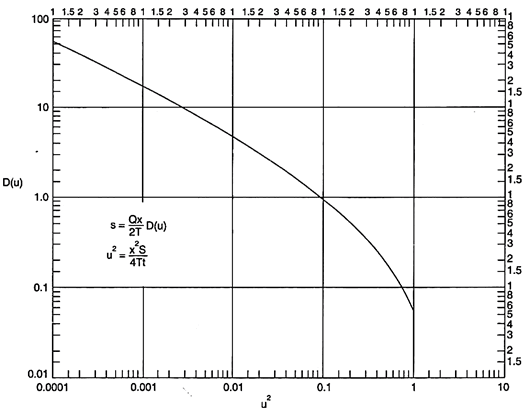 Which BIS code for the infiltration gallery?

IS 15792: Artificial recharge to groundwater