Effects of Blasting on Environment

Blasting is a common technique for civil engineering applications such as mining, tunneling and removing bedrock outcropping for building and highway construction. Ballasting can also be used to deconstruct unnecessary as well as damaged structures.

While blasting is often more time and cost efficient than the mechanical removal of substrate materials, it can have extensive environmental impacts both at the time of execution and after so let’s know more about Effects of Blasting on Environment.

Professional explosive engineer’s design their blast charges so the most of the energy released by the explosion is used up in breaking rock, however, is released as transient stress waves, in other words, ground vibration. This creates cracks in the base of the surrounding rocks near the blast site and travels at different rates through soil rocks and water until the energy of the vibration is dissipated. 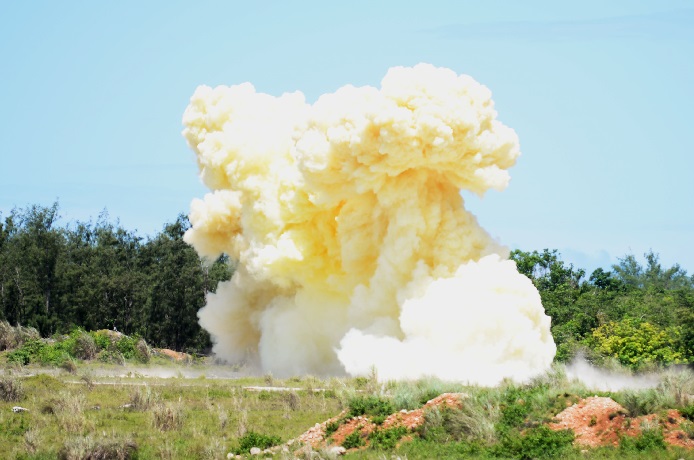 Environmental Damaged by Dust and Noise

Blasting as well as other activities associated with mine development and operation can cause noise, dust, and vibration. The environmental effects of noise and dust vary depending not only on the size and location of the blast but also on atmospheric conditions such as wind and humidity.

Dust or particulate matter suspended in the air, in an important component of air quality and is commonly generated by blasting. Noise, or air-over-pressure, as professional engineer calls it, is influenced by several factors; these include equipment used to drill rock in order to set the charges as well as transients air pressure changes set off by the explosions.

Changes in air pressure, as well as flying dust and debris from a blast, can physically damage buildings, trees, as well as other natural and manmade objects within the ballast zones, and ongoing blasting noises can diminish the quality of life for human and animal’s neighbors.

Damaged by Chemical Contamination of soil and water

If commercials explosives are spilled on the ground or left undetonated at a blast site, ammonium and nitrate can reach into ground and surface water.

The Department of Environmental Protection also warns that perchlorate, which is present in some blasting agents and explosives, has contaminated a number of drinking water supplies near blasting activities.