Close
Ask a Question
Home| Building Construction|Revibration of Concrete in Compaction, Its Effect, Methods by using Different Types of Vibrators

What is Revibration in Concrete Compaction?

That vibration that is provided to the concrete after some time, at the time when the concrete gets placed and consolidated properly is called Revibration of concrete. When the concrete is placed in layers at a very deep structure then the vibration is done at the first layer. 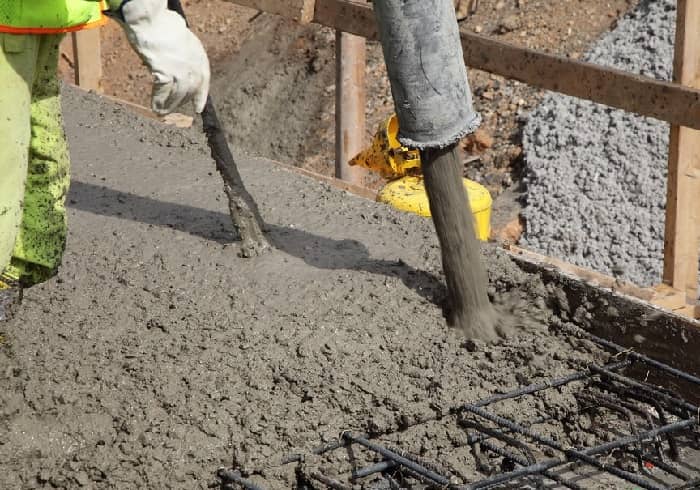 re vibration of concrete

So in many circumstances, the concrete does not get properly consolidated then the Re-vibration is done. Also, this process is quite beneficial because after the Re-vibration, aggregate particles are rearranged properly and the void is removed by air or water.

Effect of Revibration of Concrete.

The effect of Revibration is quite beneficial as follows:

What is the problem of over vibration of fresh concrete?

For the proper compaction, the vibrators (the vibrating part) are properly immersed in the concrete. Generally over vibration should be avoided during the compaction of concrete. Assuming the concrete mix is designed with low workability then over-vibration consumes more energy for the vibration which results in wastage of energy.

It also creates a problem which is segregation, the denser or heavier aggregate settles down and the light cement moves in an upward direction. The upper weak layer due to segregation of concrete leads to failure of concrete during operation.

Assuming the concrete is placed in a single lift for the roadways the abrasive strength is weak or poor for the surface of the carriageway. This leads to a crucial problem to the concrete carriageway which is constantly subjected to tearing by vehicular force. That is some problem that’s why Over vibration is avoided.

Difference between compaction and consolidation.

What is the Compaction of Concrete?

The process in which the solid particles are closely packed in freshly mixed concrete during the placing of the concrete by the reduction of volume of voids usually by tamping vibration, centrifugation, and subjecting concrete to high pressure for the compaction (consolidation) of the concrete.

Method of Compaction of Concrete

There are two methods of compaction of concrete

Tamping is the process of consolidating concrete by ramming the concrete with the heavy glace faced type tools in case of dry concrete. In the case of plastic concrete mixes, a rod is inserted to the full depth of the concrete and moves in the upward and downward direction which increases the fluidity and air bubbles present in the concrete flow to the surface. 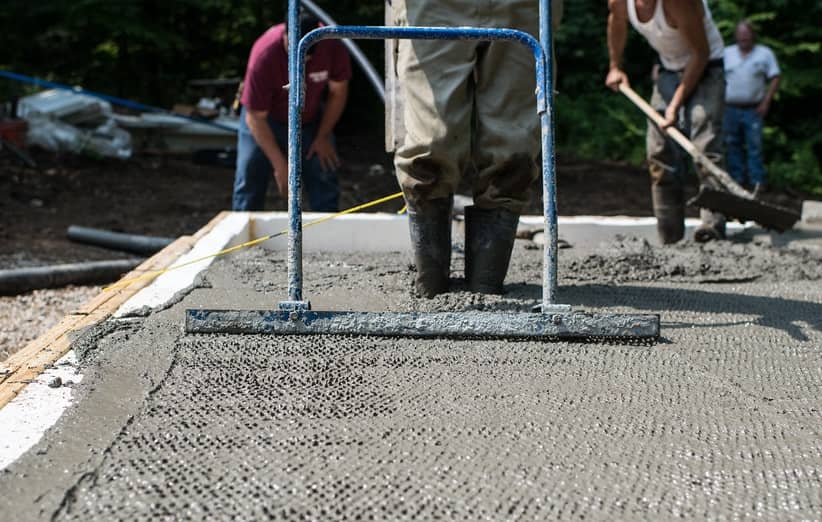 This type of tamping is effective for a depth of 5 times the maximum size of the aggregate and hence layer of concrete must be compacted, restrictions the depth to the limitations approximate depth of the layer a for hand compaction should be incased of mass concrete and 15cm in case of reinforced concrete.

Actually, a large amount of concrete can be compacted by hand but for effective compaction, we provide vibration by vibrators. In the case of vibration, compaction is affected by the reduction in the internal friction of the particles which results in the denser particle and compact mass of concrete.

There are four types of vibrators generally used:

They are also known as external vibrators. They are mounted on the formwork in the horizontal and vertical directions with a suitable spacing that does not exceed 90 cm in each direction. 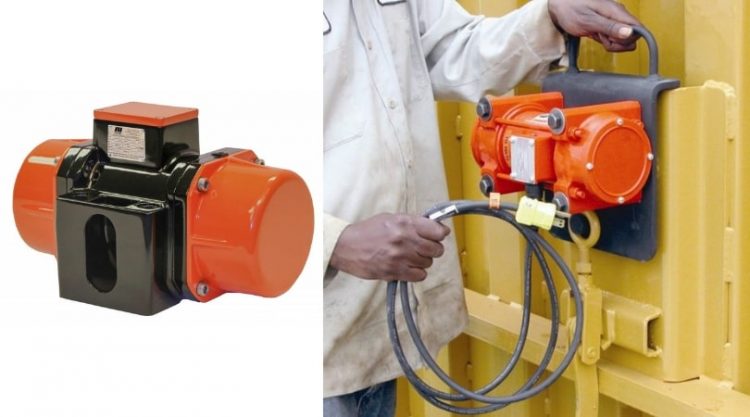 They vibrate the concrete by the vibration and this much energy is wasted. They are only used in that condition where the internal vibrators can’t be practicable or used as in the case of thin and congested sections, arches, and tunnel lining.

They are also known as screed or pan vibrators. they are clamped to screed. They vibrate the surface of the concrete at the time of screening of the concrete. They are only effective if the depth of concrete is up to 20 cm. 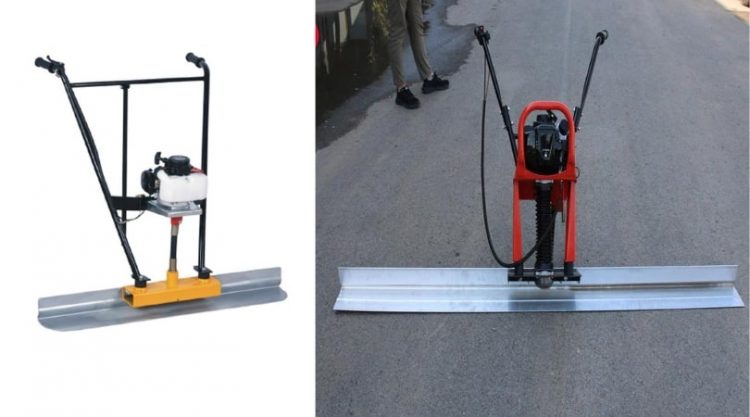 If the depth of the concrete is more than 20cm then it can be used in combination with internal vibrators. They are used for pavements and slabs.

What is a Vibrating Table?

These are rigidly built steel platforms mounted on steel springs and driven by electric motors. The concrete is filled in the moulds which are mounted on the platforms and precautionary clamped to the vibrating table so that the mould and concrete vibrate are identical. 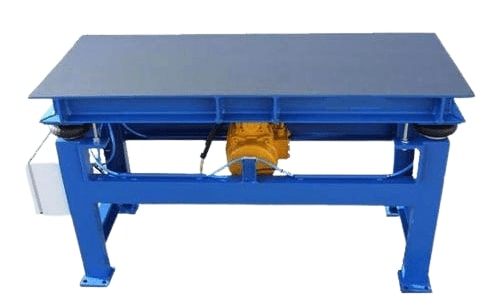 Vibrating tables are used for the compaction of stiff and harsh mixed concrete which is used in precast structural members in factories and laboratory apparatus.

Precaution for compaction of concrete with Vibration

When the concrete is compacted with vibrators the following precautions should be in mind to produce good quality concrete.