What is Symons rain gauge?

Symons rain gauge: The non-recording type gauge mostly used in the world is Symon’s gauge. Non-recording gauges don’t record the rain but only collect the rain. Once the rain is collected, it is measured using a graduated cylinder.

The volume of rain collected in the measuring cylinder directly depicts the rainfall volume in cm of water depth i.e. the volume of water collected in cm divided by the area of the hole that admits the light of the gauge in cm2 is equal to the depth of rainfall in cm. 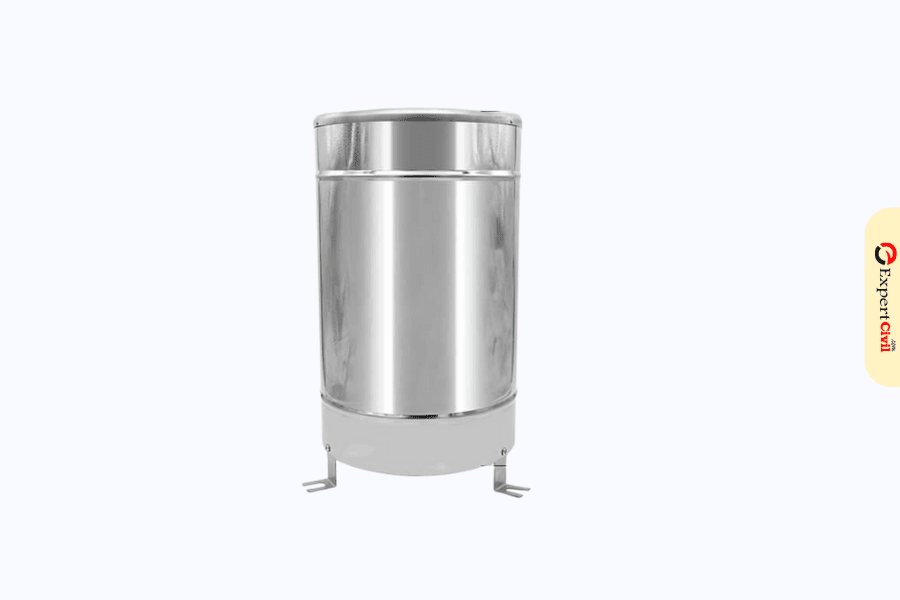 The receiver also known as connecting bottle has a capacity to measure 175 mm of rain. In the region of huge amounts of rainfall, a rain gauge with collectors having a capacity of 375 mm or 1000 mm capacity is used to measure the rainfall depths.

Non-recording type rain gauge also known as rain gauge measures the amount of rainfall only and it fails to measure the variations.

In order to record the beginning and end of the rain and to measure the intensity of rainfall, a continuous recording of rainfall with time is required, for this purpose, we have to use the recording rain gauges. 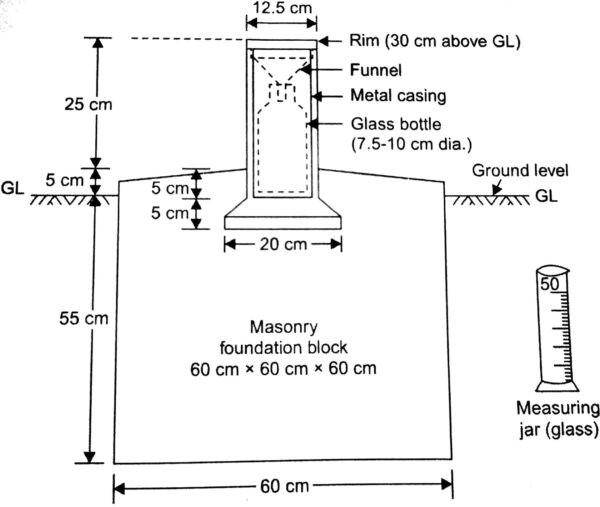 The smallest division on the Symons rain gauge is 0.2mm. The rainfall can be estimated to be approximately 0.1mm.