Everyone must have the basic knowledge of Foundation before starting construction work. This article will help you to understand that what a Foundation is, its basic requirements, and the types of Foundation along with their uses in different structures. 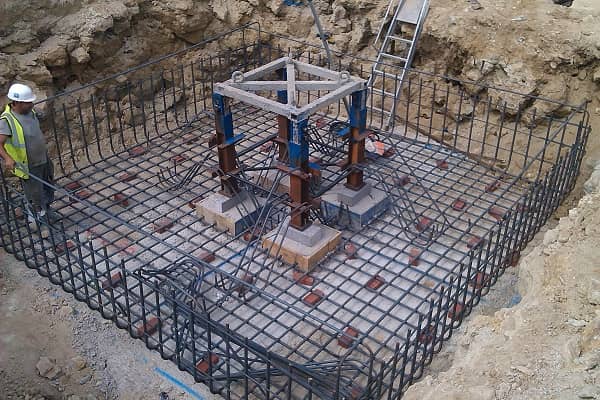 As every object on the earth requires an appropriate base to stand the Engineering structure also requires the Foundation to stand.

In general words, we can say “Foundations are the feet of the building” 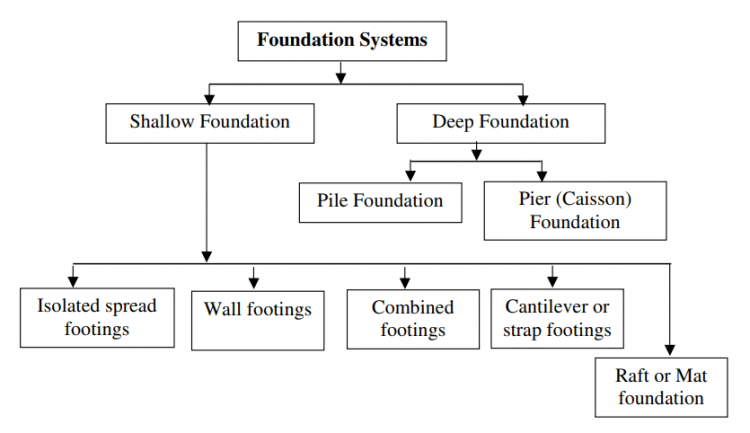 Generally, foundations can be classified into two types.

Karl Terzaghi had given the mathematical formula to find whether a Foundation is shallow or deep.

Shallow Foundations & Deep Foundations can further be classified into various types which are as follows. 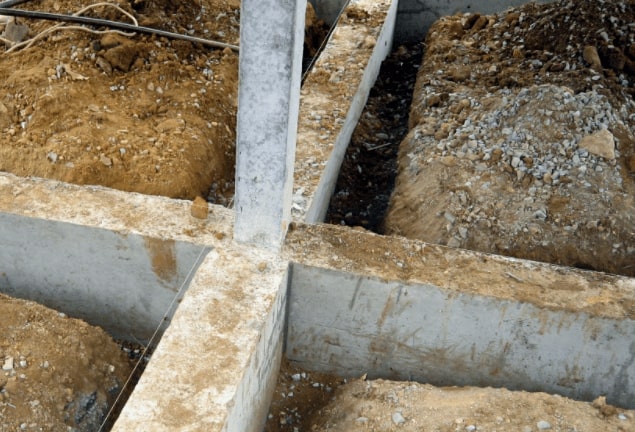 As we know isolate means alone. So in most easy words, the footing which supports a single column is known as isolated Footing. 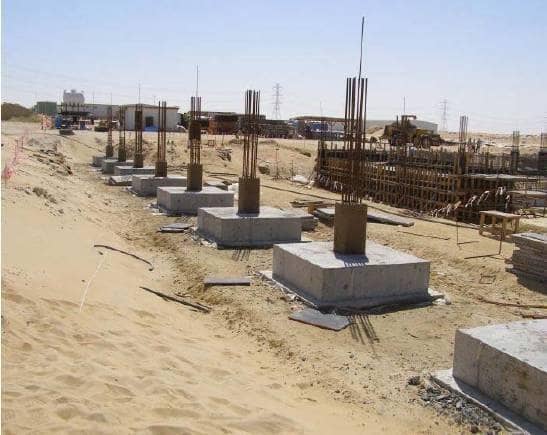 Another name of Raft Footing is Mat Foundation. It is a continuous slab resting on the soil and supports all the columns of a building. It is used when the bearing capacity of the soil is very low, so due to its heavy design, it distributes the total structural load over a wide area. 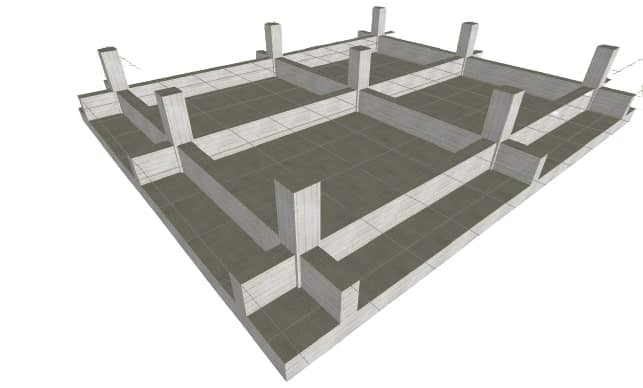 When the centerline distance is very less we provide one combined footing for more than one column it also gives strong support to the columns as it distributes the load to a comparatively wider area than an isolated Footing. 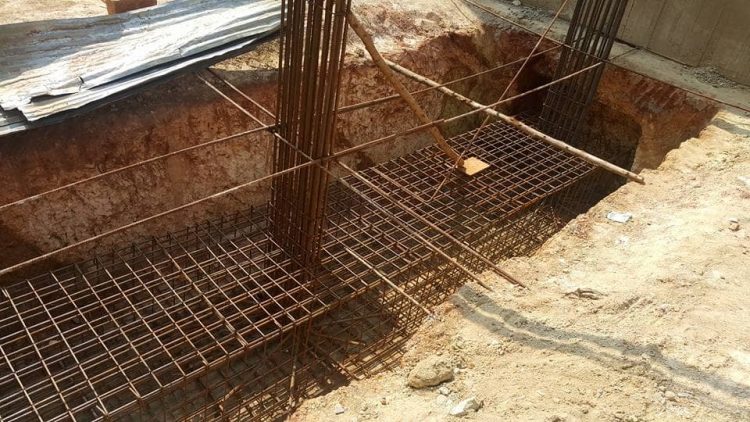 Strap footing is also a type of combined footing connected with a concrete beam (this beam is called a strap beam). It is also known as cantilever footing. This type of footing is commonly used when the column is placed eccentrically on a footing so the eccentrically placed columns are connected with the concrete beam (strap) to protect this error.

This is one of the types of Deep Foundation. Pile foundations are placed by long slender elements that are made up of steel or R.C.C. A foundation is considered as a pile foundation when the depth is 3 times more than its width.

Following are the conditions when a Pile Foundation can be used:

It is another type of deep foundation. This has been used as a Foundation of bridges and other structures since the time of Romans & Mughals. The word ‘Cassion’ is taken from the French Word Caisse which means Box.

Piers are also known by the name of Post Foundations. It is a union of heavy diameter cylindrical columns to support the superstructure (structure above ground level and transfer large super-imposed loads to the firm strata below the soil with required bearing capacity). 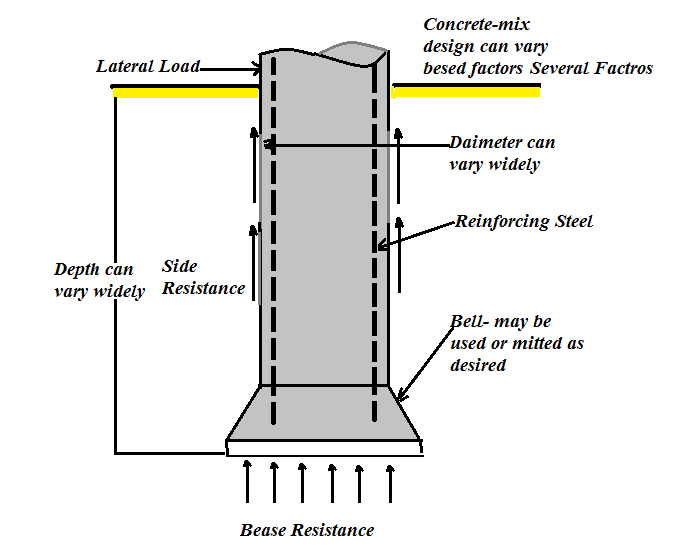