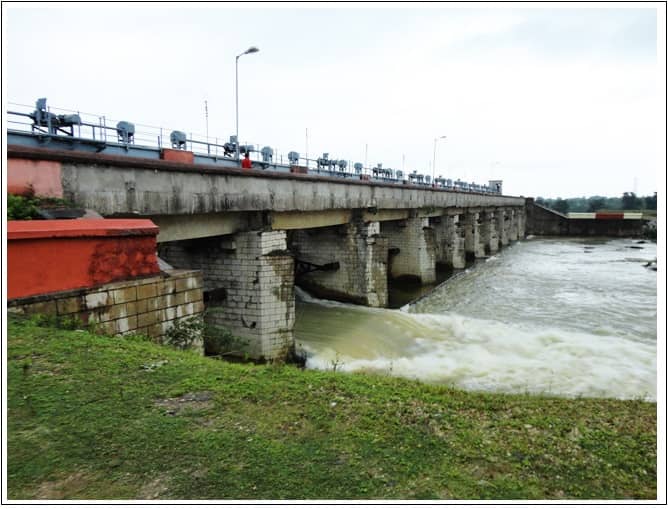 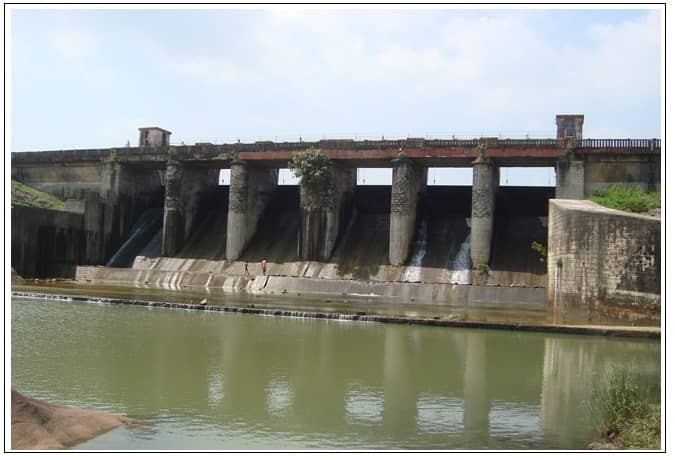 Construction of this permanent or pucca bandhara depends on temporary bandhara, where a temporary construction is done and if its performance is suitable then after it will be replaced by permanent construction. Permanent/pucca bandhara is usually constructed in stone masonry, brick masonry, or concrete. The height of this bandhara may differ between 2.5 to 3.5 meters. And top width up to 3 to 4 meters.

This type of bandhara is constructed to raise the level of water on the upstream side. Where sufficient openings are kept so that there is no afflux will be generated. Masonry piers are constructed with grooves at regular intervals of 2m. And they will be blocked with the needles in two rows filled out with paddles between them. 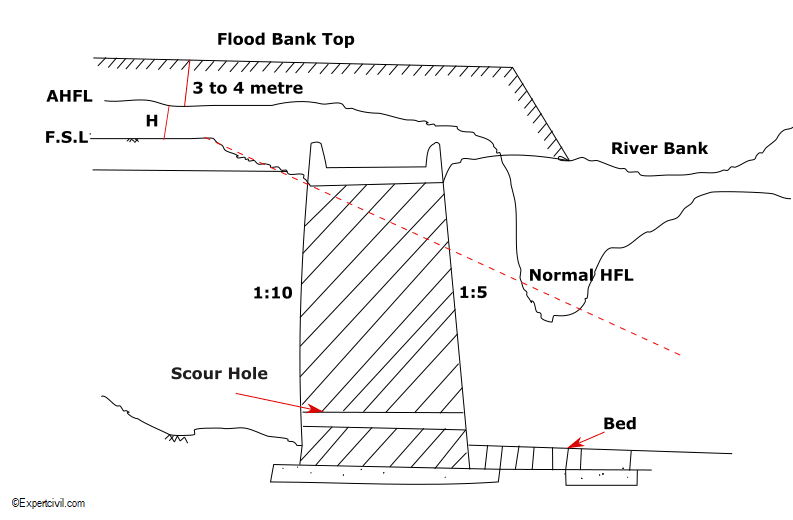 Needles are placed in grooves which are provided in piers.  Which are made of either masonry, stone, or concrete. The height of solid bandhara may vary from 2.5m to 3.5m with shutters provided on top of that. And without shutters, it may vary from 1.5m to 2.5m. This will act as a solid weir and help to store water after the monsoon mainly.

This type of bandhara is constructed to raise the level on the upstream side and is mostly constructed in the Kolhapur district and water can be diverted through a canal on both sides of the bank. It will act as a fully open weir and it comprises several piers with holes or groves in that where needles can be added. Needles are added across the piers to gain a required height of the weir. 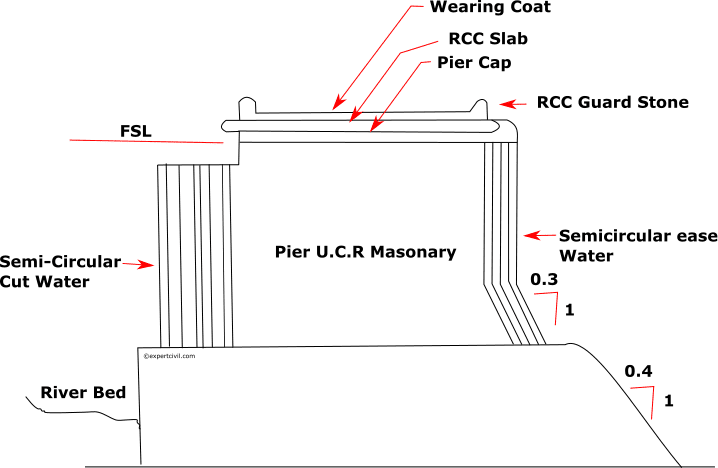 We can change the height of the weir as we needed by adding or removing the needles. During floods, needles are removed to avoid the flood situation. The size of needles is 15cm high, 5cm thick, 2m in length. These needles should be changed after every 5 years.

Pros of Bandhara irrigation system are:

Cons of the Bandhara irrigation system are:

Selection of a site for Bandhara 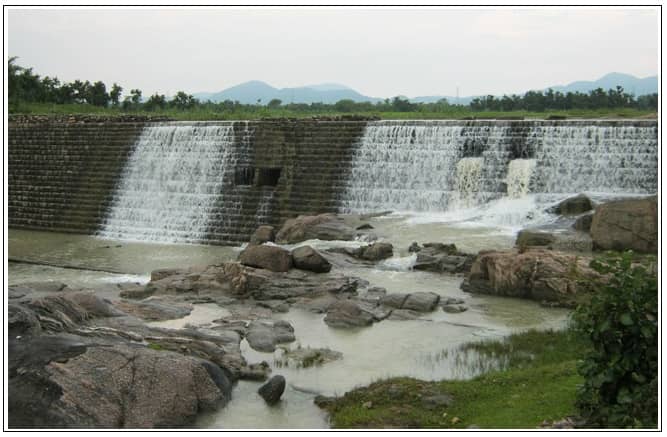 Bandhara irrigation scheme is a very economical practice for irrigation across these small rivers. bandhara is a name given to a small weir. It will use the needed amount of water from the weir to irrigate nearer isolated areas that lost their tracks to the river or stream. The number of bandhara constructed in this scheme on river or stream to use its water accordingly and surplus water spilling from bandhara will work for another bandhara.

The source of water for bandhara irrigation is?

The source of water for bandhara irrigation is should be a perennial river or stream.

Bandhara irrigation system is an?

Bandhara irrigation scheme is a?