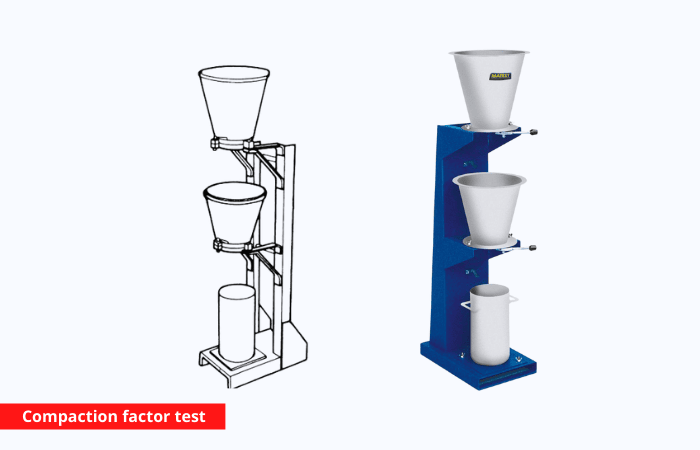 Relation between compaction factor and workability

The compaction factor test is designed mainly for the laboratory but can also be used in the field. It’s more precise and sensitive than the slump test and is particularly useful for concrete mixes of very low workability and normally used when concrete is to be compacted by vibration.

What is compaction equipment?

The compaction equipment has two conical hoppers having a hinged trap door attached to the lower end of each hopper, allowing the concrete sample to flow freely into the cylindrical mold. The hoppers and molds are attached to a sturdy steel frame that may be simply removed for cleaning. 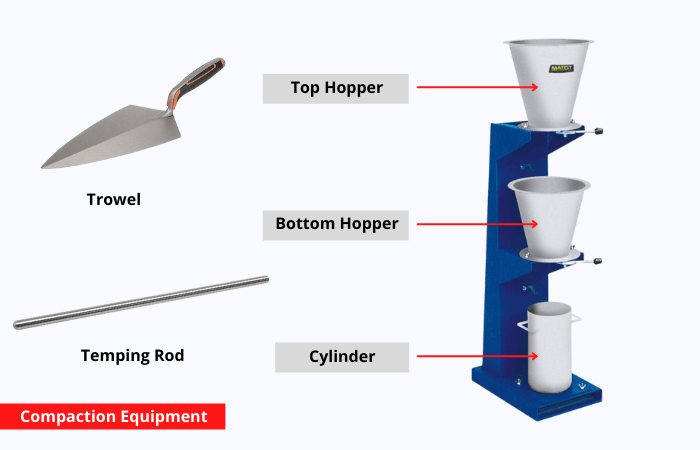 The sand cone test is used mainly to find the in-place density of soils. The dry density test is performed in the field to ensure that the layers are properly compacted. First, the weight of the empty sand cone is taken, and then it is filled with dry sand and is weighed again. Next, the weight of excavated soil from the hole is taken. Water content must be determined from the collected specimen after the weights are noted. With the help of a base plate, the sand cone is placed on the test hole and the sand is allowed to run by opening the control valve. 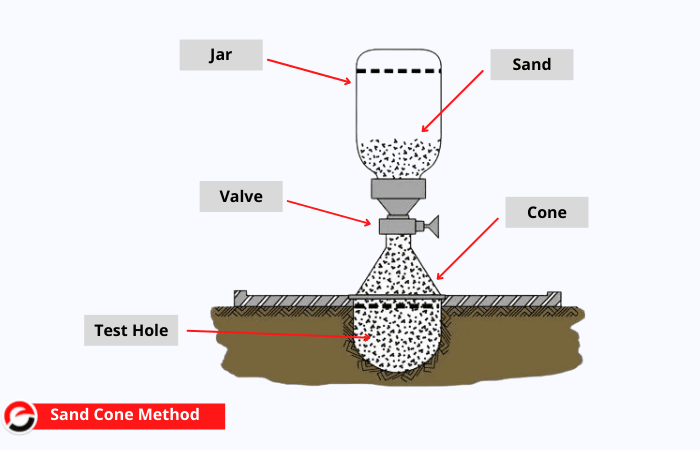 A nuclear test uses a radioactive isotope source on the surface of the soil to measure the density and moisture content of the compacted soil. The dense soil absorbs more radiation when compared to loose soil when the activated isotope source gives off photons, usually gamma rays, which radiate back towards detectors on the bottom of the unit. 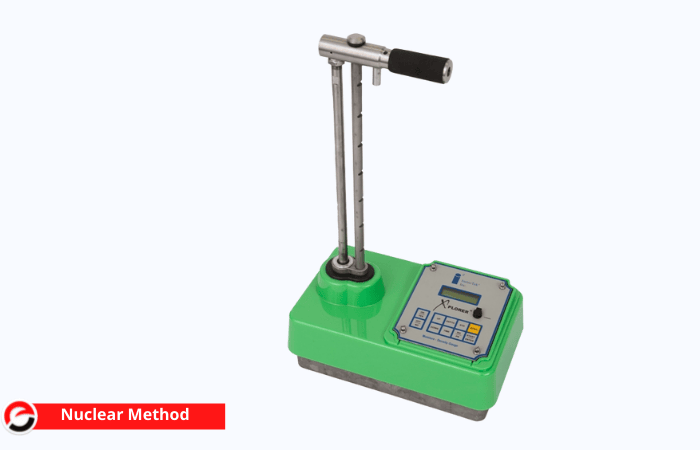 To test the soil a pilot hole is formed using a steel rod and then the probe containing the radioactive source is lowered into the pilot hole formed and for about a minute the radiation transmission is measured. This type of taking readings is called the direct transmission test.