Earthing is a process to discharge and transfer the charge into the earth through a very low resistive wire. We can find it in our surroundings as it requires for utilizing power for domestic purposes. Normally for domestic purposes, we use a single-phase ac supply, and an earthing for completion of the circuit through transferring of charge. The wire used for earthing is copper and aluminum. 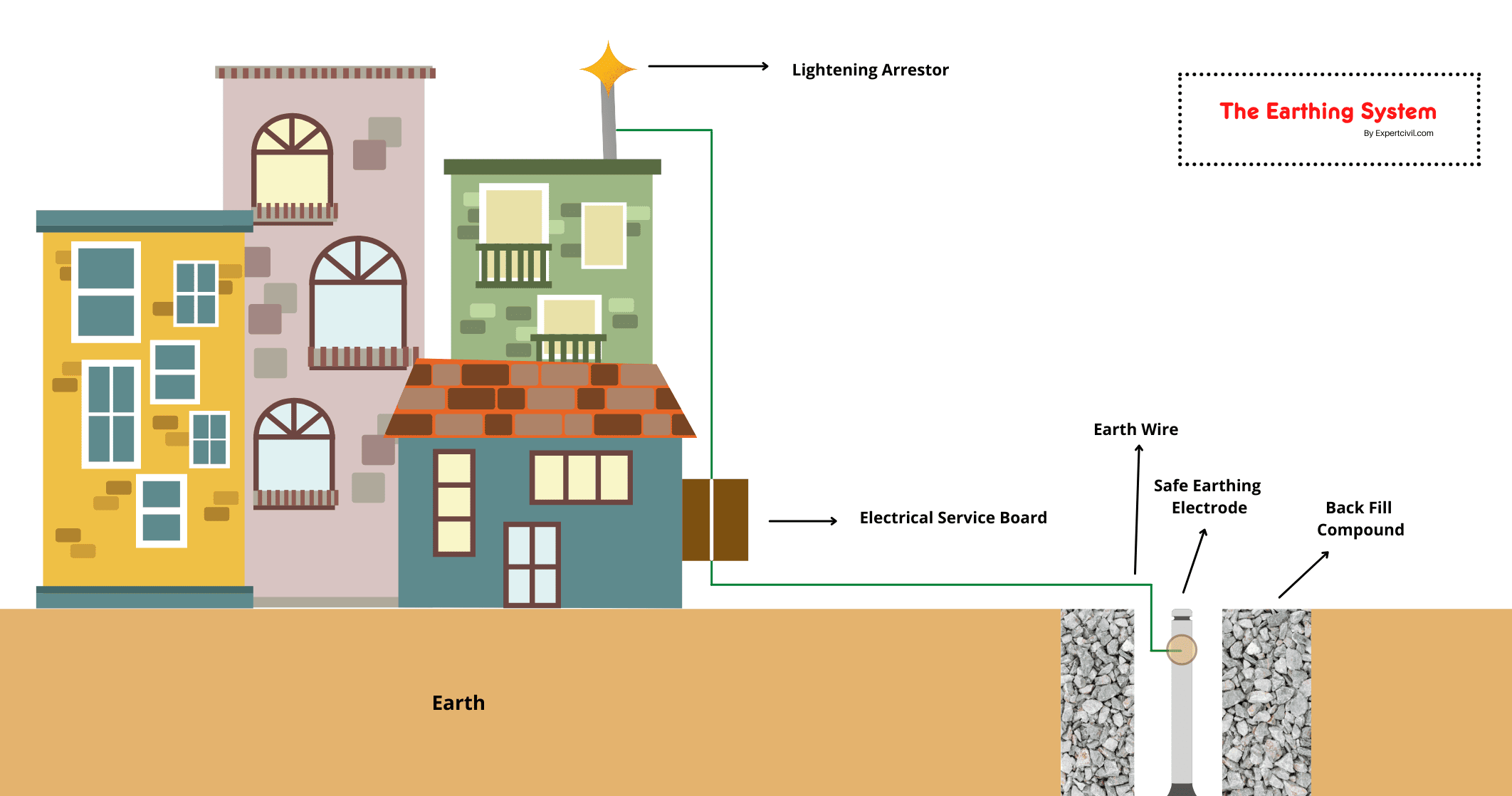 But for better discharging copper wire is considered because it is a good conductor of electricity in comparison to aluminum and it provides a less resistive path for current than aluminum. Earthing prevents the devices from electrical damages. Sometimes we feel mild shock while operating the appliances, to avoid these shocks it is advisable to use earthing in the buildings. Grounding is also a way to avoid shocks and prevent the appliances from being damaged.

Why is Earthing Required for Houses? 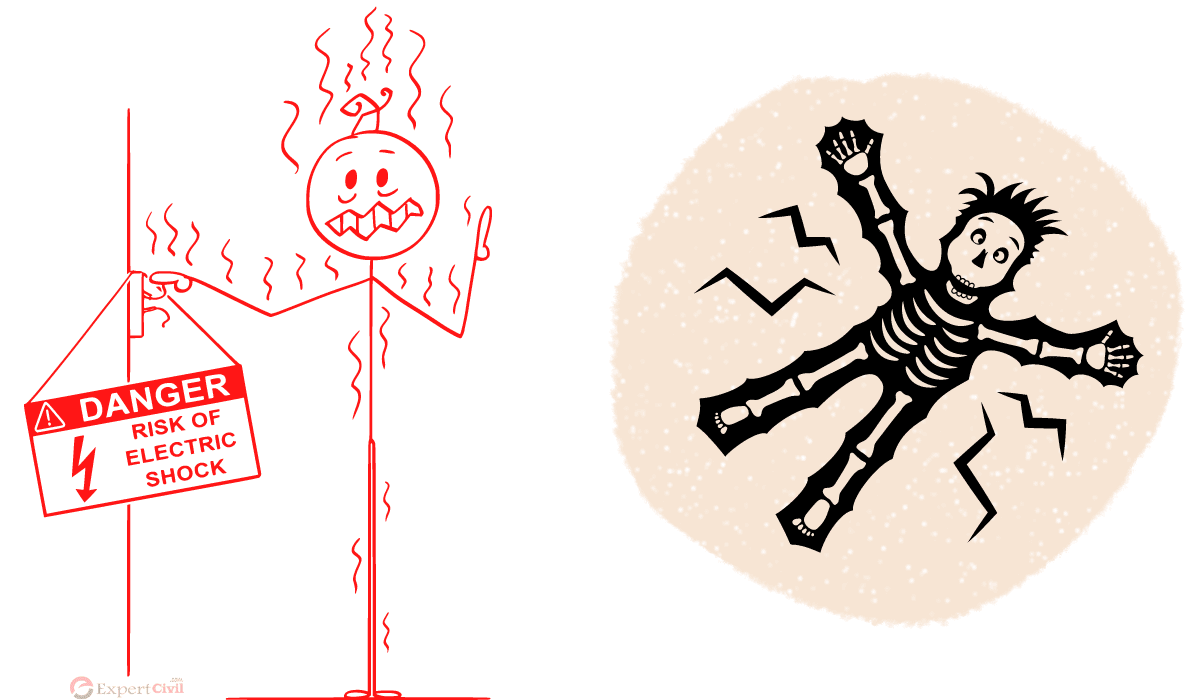 There has a place in the building which has particularly designed for earthing which has been deeply buried and some minerals and copper wire used for it. And whenever any fault comes in the figure then it protects the circuit from causing damage or catching fire. So earthing is very important while operating any appliances so, it must be fitted properly. So these are the reason why earthing is required for houses. Now let’s see the type of earth.

Now let’s discuss these types of earthing in detail. So we start from pipe earthing.

In this type of earthing a galvanized steel perforated pipe is buried inside the earth. There is a certain depth of earth. And this depth depends upon the condition of the soils. If the soil is soft then this rod puts deep inside the earth to prevent any damages because the soft soil has less holding capacity than the hard soil.

So if the soil will be hard then the depth of this galvanized rod will be less than the soft soil because of its holding capacity. 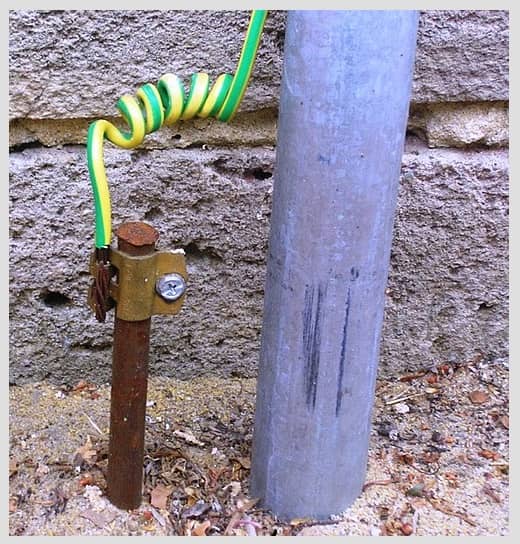 So if the soil will be hard then the depth of this galvanized rod will be less than the soft soil because of its holding capacity.

In this type of earthing a galvanized plate of copper or iron is buried inside the earth and the depth of the plate should not be less than 3mm. 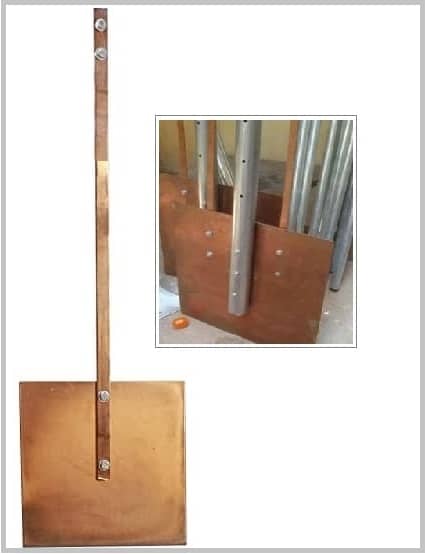 So these are the types of earthing which we see. In all three types, the most considerable type is pipe earthing because it is less economical and it also uses in our houses.

There is a lot of advantages of earthing, these are some of them:-

How to make Earthing? 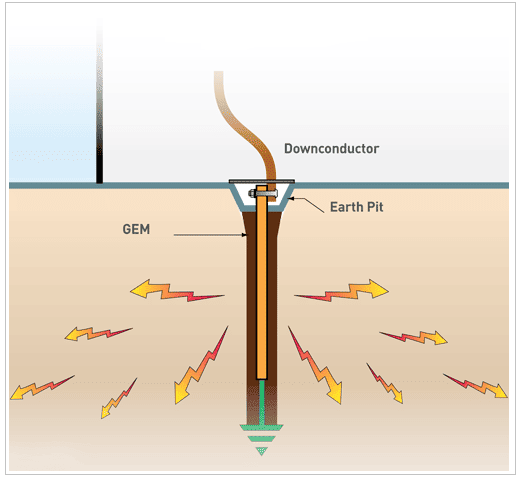 How to make Earthing

Current should flow without any disturbance in the circuit. Then it will require some minerals like salt, coal, etc. for a better transfer of charge. And the main thing is 10-15 feet of buried in the ground. If all these requirements will be fulfilled then we can make a good earthing which will provide a better path for charge discharging capability. And the wire connected to the earthing and mainboard should be twisted tightly to avoid sparks.

What is the importance of earthing in the household circuit?

There is one more importance of earthing in the household circuit and that is prevention against lightning. A vertical iron or copper rod has placed vertically upward and when the lightning strike on it then it transfers all the charges to the ground and prevent the circuit from causing any dangerous damages.

Difference between Earthing and Grounding

Earthing is used to protect against overcurrent or overvoltage and any fault that occurs in the circuit. There is a separate wire which grounded inside the earth for transfer of charge, while in case of grounding the live wire which comes from the supply board is divided into two parts one of the parts is connected to the mainboard from where the supply will be distributed all over the area while the other part is grounded to avoid any cut or overload in the circuit.

Which type of earthing is also called fire earthing?

Another name of rod earthing is fire earthing.

How to check earthing in a multimeter?

What is meant by earthing?

Earthing means the transfer of charge in the earth. In case of overcurrent or overvoltage, it transfers all those charges inside the earth.

Why are charcoal and salt used in earthing?

The main reason to use charcoal and salt on earth is to reduce the resistivity of the earth. As salt ionizes and provides a less resistive path for charge transfer.

Which type of earthing is more efficient?

Plate earthing is more efficient. It is also used in our houses.