The method used for quarrying of stones depends upon the types of stones its intended use and the type of its geological formation. For Example, when the rock formation consists of horizontal layers at shallow depth, we may be able to easily quarry them in layers. In other words, If the stone is one whole crystalline mass, we have may ballast them with explosives.

The method to be used for regular building blocks will be different from that used to produce stone ballast. We can easily methods of quarrying into the following three groups.

Let us understand this one by one in this article

These are an old method and are still used for soft stones occurring in large or small blocks. They give well-shaped blocks for the construction of masonry. 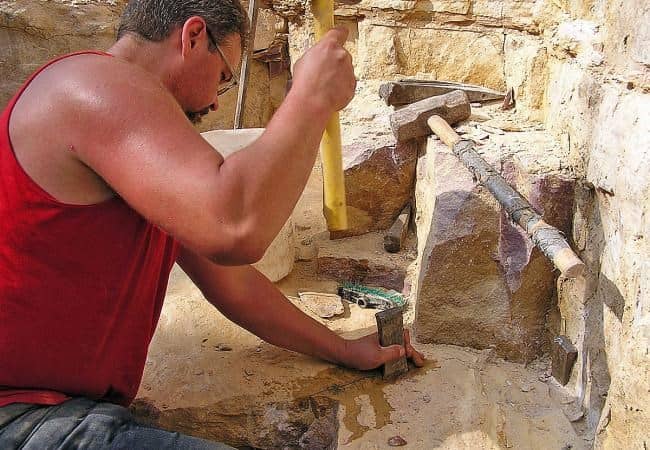 Quarrying by use Of Channeling Machines

In this method, the channeling machines are driven by steam, compressed air or electricity are used to make vertical or oblique grooves or channels on the rock mass, These machines make rapidly the grooves having a length of about, 24 m, a width of about 50 mm to 75 mm and depth of about 240 cm to 370 cm. The process  consists of the following steps:

This process of separation of stone from the rock mass is almost invariably employed in the case of marbles, limestone, and other soft sandstones. Very large blocks can be separated from the rocks by the application of this method.

This is a common method of quarrying all types of rock. The main purposes of stone quarrying the stones by blasting are to loosen large blocks of rocks and not to violently blow up the whole mass to convert it into pieces

Following operations are involved in quarrying by blasting. 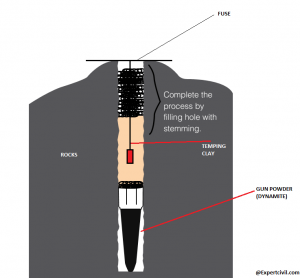