Expansion Joints are also known as Movement Joints. These joints are the gaps between the structure, simply the separation to let the structure expand or reduce stresses due to the change in temperature in its surrounding. These gaps are filled with an expansion joint system to make sure a complete building enclosure, workability, waterproofing, to absorb vibration, allow movements due to earthquake and ground settlement and hold the parts, etc. of the structure. 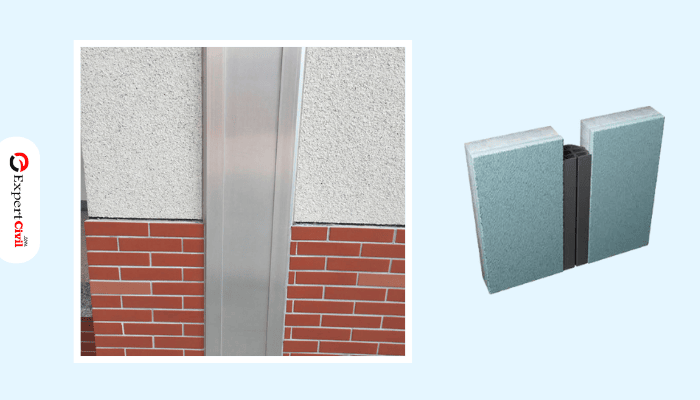 Expansion joint system stimulated to the seismic standards systems and supports. These systems of joints allow 25% of joint width for movement in the structure.

Not only thermal pressure, moisture and sway caused by wind, differential movements are also responsible for the expansion and contraction in the joints of the structure.

Also Read: How many types of cracks can occur in a building?

These joints are very important in any construction whether it is residential or commercial.

Characteristics of the expansion joints are as follows:

Some important advantages of Expansion Joints are as follows:

These are the joints provided in the bridges, roads or large slabs. These expansion joints are designed in such a way that heavy traffic can be allowed over them. These joints can carry continuous traffic over them during shrinkage, temperature change, vibrations on reinforced concrete, composite and steel structures, etc. 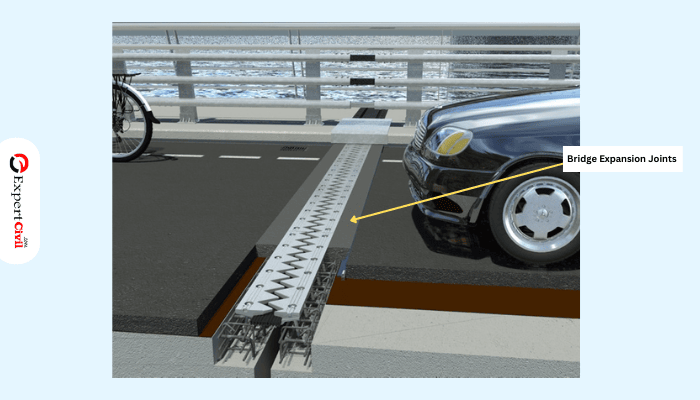 These are the joints given in masonry works. Clay bricks used in construction expand with heat and moisture. This causes compression stress on the bricks and mortar. This stress may cause failure. To overcome this failure, a joint can be replaced with an elastomeric sealant that will absorb the compression stress acting on the structure without damaging the structure. 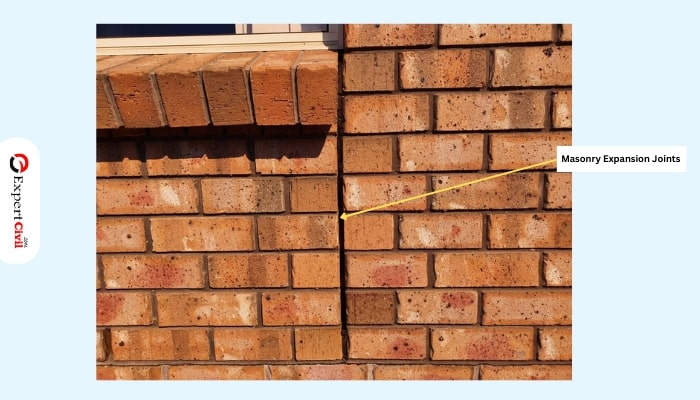 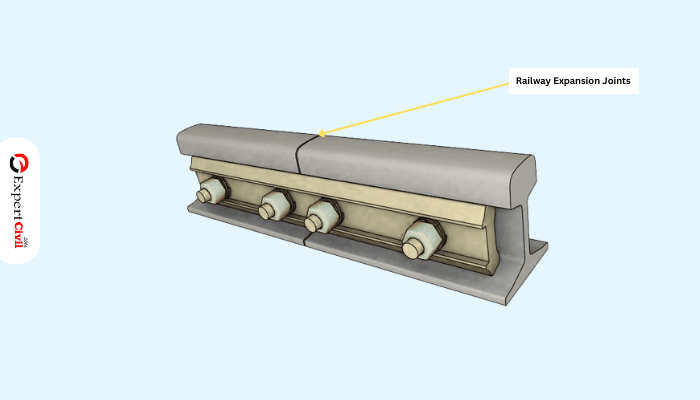 These expansion joints are provided in the machines of factories, industries, etc. These joints are necessary for the systems of pipe where high-temperature products such as steam, exhaust gases, and vibrations are conveyed. 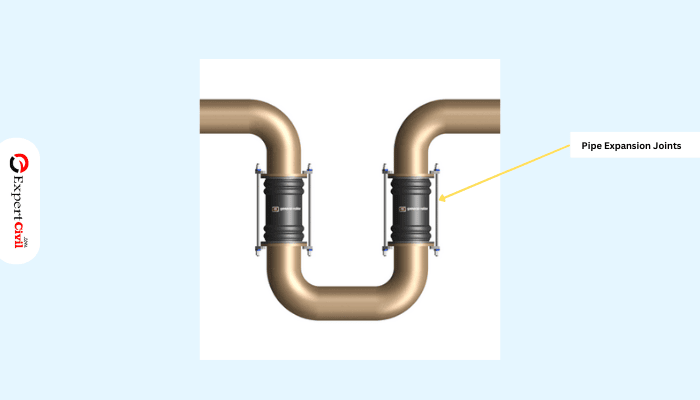 Expansion Joints Based on Materials

On the bases of the material used, expansion joints are also classified into the following types

These expansion joints are very flexible in nature. These are made up of natural or synthetic elastomers and fabrics with metallic reinforcements. These provide stress relief in the piping systems from thermal changes. It is widely used in water supply and drainage systems. It is also used for the piping for recycled water, air conditioning, compressor, etc. Problems like vibrations, noise, shock, corrosion, abrasion, stresses, load stresses, equipment movement, etc. can be easily solved with these expansion joints.

These expansion joints are used in pipe work and duct systems to control the damage caused by vibrations, pressure, forces, temperature, etc. These joints are made up of stainless steel and high-grade nickel alloy steel. The main application of these joints is to make the best passage of heat and air into the pipe. These joints are applied with the compressors at the inlet and outlet of the pipe. These are also applied with the hot water and fire protection system.

These are joints in which the circular tube is fixed at the ends of the pipe to connect easily with another pipe. These joints allow axial strokes when there will be a temperature change, expansion and contraction of the pipe.

These are the expansion joints in which angular rings or hinges are used in the joints and the rings are known as gimbal rings. These joints are designed to allow angular movement at the joint of the pipe and restrain the pressure from shear forces and internal forces inside the pipe. These rings are either circular or square. These joints can accept bending or angular movement at any plane.

These are the expansion joints that allow the movement of the joint in three directions i.e. axial, lateral and angular cumulatively. These joints can be exposed for torsion deformation, bending, compressing, lateral, tension, etc. These can also accept thermal expansion for their length with very high temperatures.

These are the expansion joints in which the ties are present to connect the other pipe and are used to compensate for the line pressure without damaging the pipe.

These are the expansion joints which allow the pipeline to expand or contract according to the climate condition from hot to cold without damaging the system function.

According to Indian Standards, the minimum depth of the expansion joint is taken as 1/4th of the slab thickness. The gap in the expansion joint depends upon the type of material used, size, dimensions and surface such as vehicle pavement, floating floor, bridge, sidewalk, etc. In concrete slabs, there is a chance of cracks in expansion joints if there is improper mixing of concrete or curing.

Expansion joints can be installed in two ways:

As the name indicates, these joints are prepared before the pouring down of concrete. An individual expansion joint is created by applying a flexible material along the entire joint length.

Here, joints are built up in the poured concrete by specific tools after the completion of the setting process of concrete.

Treatment of Expansion Joints in Building

Treatment of the expansion joints depends upon the conditions of the damage to the concrete. Generally, there are two ways of concrete treatment:

If the expansion joint has cracks and marks, then the joint starts to decay. This kind of damage may be occurred due to continuous traffic, water, age, etc. The process to repair such damage have the following steps:

If the expansion joint is all okay you are just checking it from time to time. The process for such repair has the following steps:

Also read: What is Concrete Crazing – Causes and Treatment