Close
Ask a Question
Home| Construction Materials|Screw vs Nails for Furniture – Types, Advantages and Disadvantages of Nails and Screws

What Is A Screw?

Screws are a typical type of fastener used to join various materials. A screw is a basic device that consists of an inclined plane. It has been twisted and is wrapped in ridges around a cylinder. The screw has a sharp tip. The screw tip is used for drilling into stone, metal, wood, and plastic.

A screw can penetrate deep into the walls. The majority of individuals will need to use a screw at some point.

Wood screws use for joining two planks of wood. Wood screws are used in basic woodworking and building applications. Wood screws are a great option for woodwork. Wood screws have several qualities i.e coarse threads, smooth shank, and tapered head. The screw will need a pilot hole or an already drilled hole. The wood screw is self-tapping. Depending on the type of wood, different types of thread are used in wood screws. 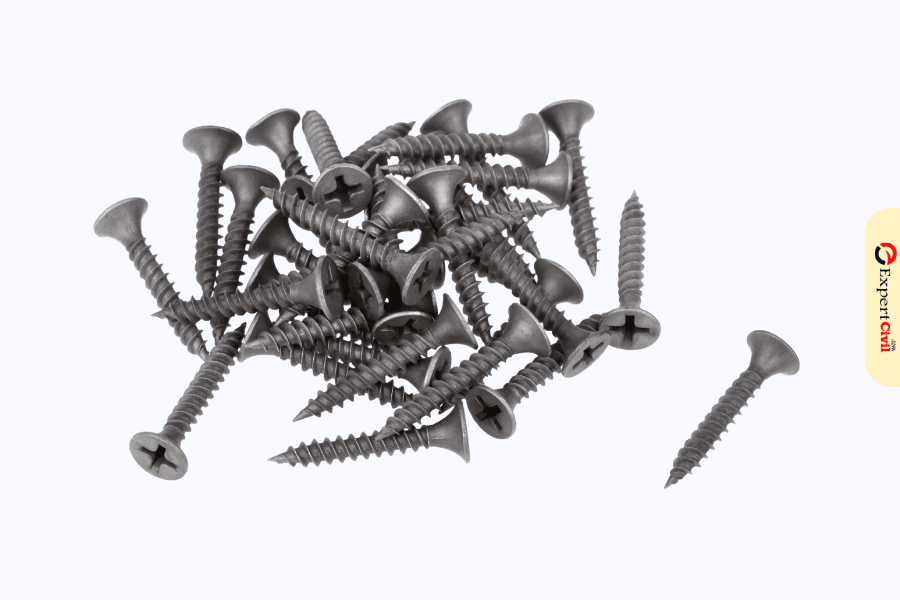 In general, coarse thread screws work best for connecting hardwoods. While smaller thread screws work best for fastening softwoods like pine. Despite the fact, that wood screws can have a wide variety of heads. Wood screws have a round head or a flat head. A flat head will be flusher with the final piece of wood. Wood screws are accessible with suitable finishes in interior or exterior styles. 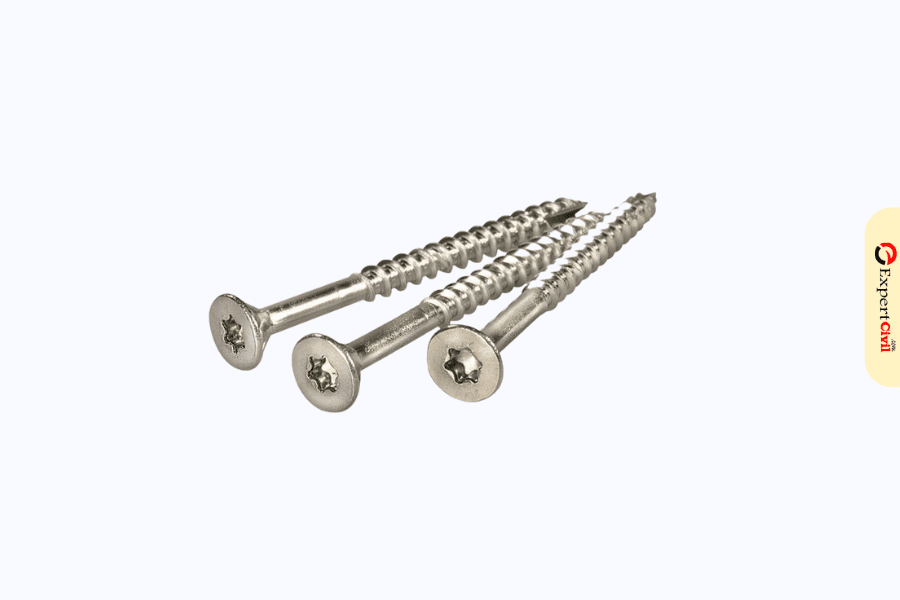 Corrosion resistance makes it more durable for outdoor use. Deck screw heads are also made to countersink. It means they can either sit flush with the board or sink slightly into it.

To build drywall, use drywall screws. This type of screw is used for fastening sheets of drywall to wall studs or ceiling beams. Drywall screw has its self-tapping head. 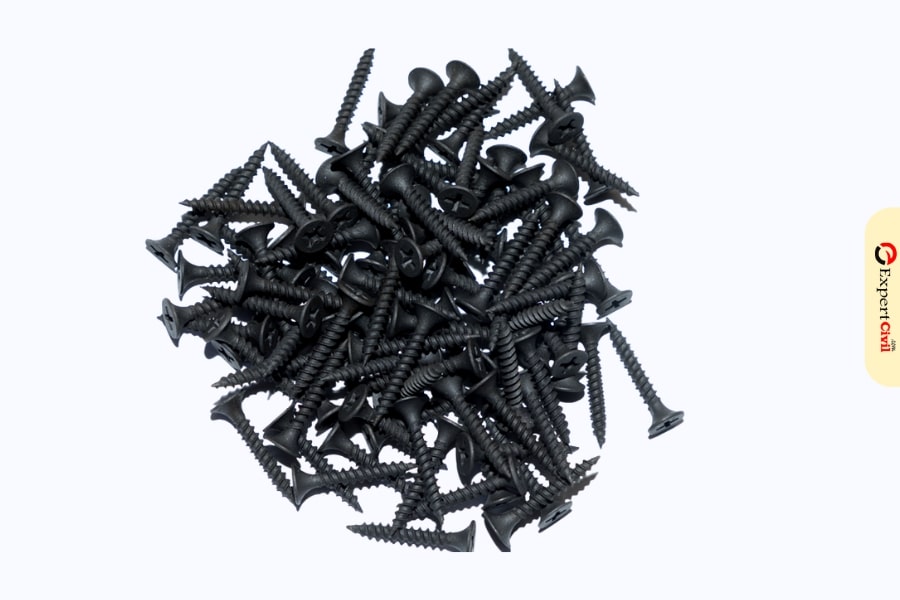 It is made to countersink without damaging the drywall. Drywall screw has a special groove on the head. So, it calls for a specialized drill spot that isn’t included in drill kits.

Heavy-duty fasteners called masonry screws are used to deal with masonry and concrete. These screws often feature rounded hex heads and flat tips. In general, before screwing and hammering in masonry screws, holes must be predrilled. 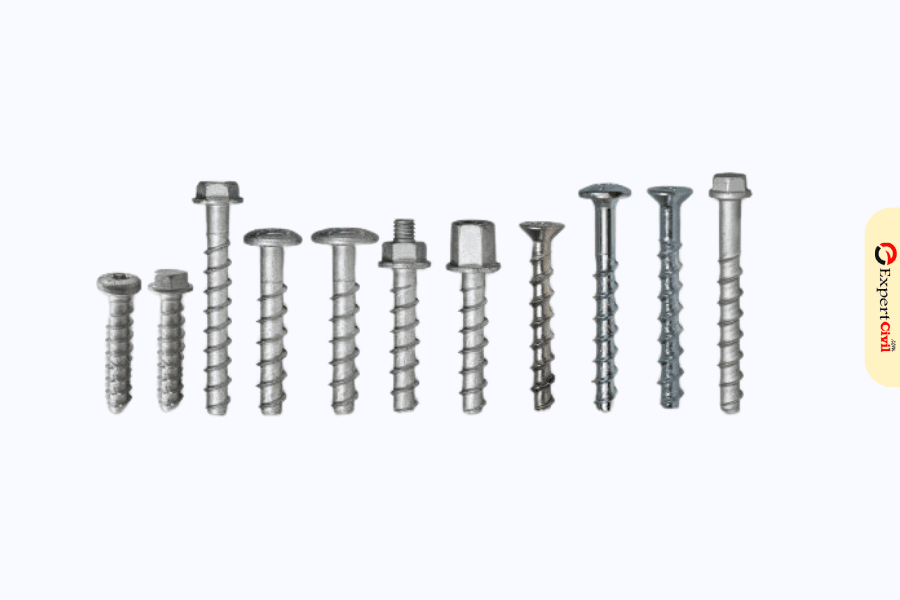 Sheet metal screws are made for fastening metal sheets. They are used for wood to join other materials. So, their main application is sheet metal. They can readily drive through the sheet metal. This type of screw has threading all the way up to the head. 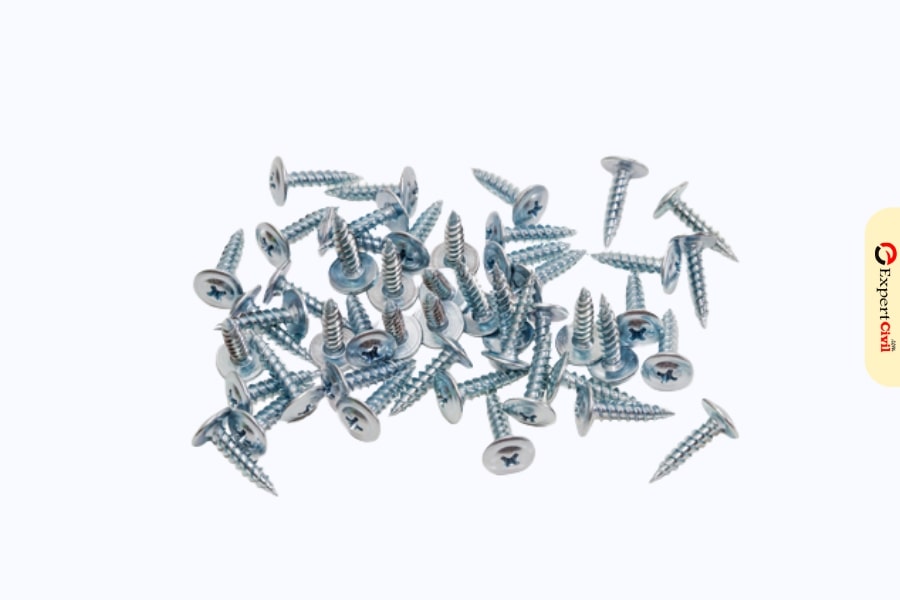 It does not have a smooth shaft. These screws are constructed of steel and have a self-taping mechanism. This mechanism makes them strong and lasting. These robust screws come in a variety of sizes. They have sharp tips and flat or hex heads. Sheet metal screws are adaptable and dependable.

Lag bolts penetrate into wood or other materials in a very firm way.  Lag bolts are also known as lag screws and carriage screws. These screws have a big diameter and a longer length. Lag bolts are incredibly resilient. 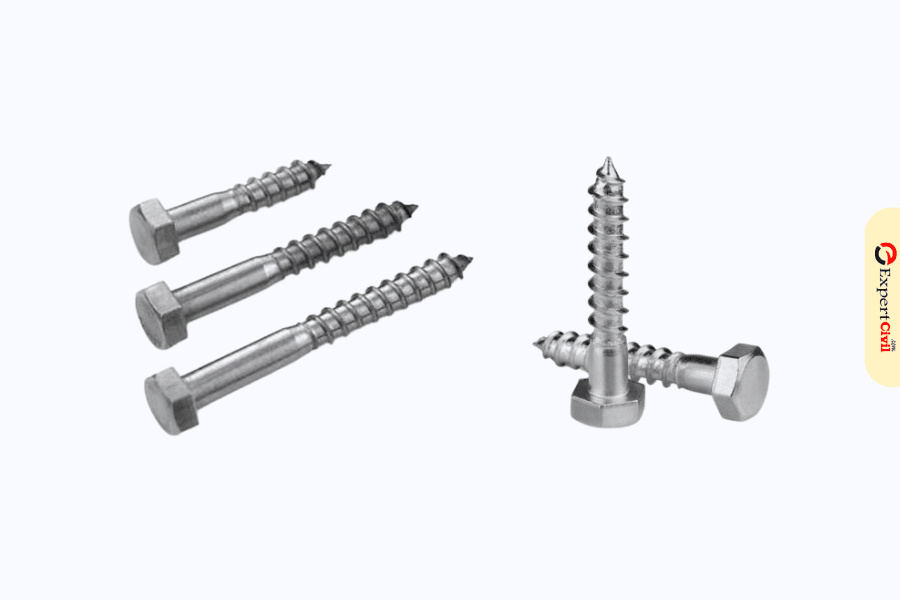 These screws are covered with a corrosion-resistant coating. This coating helps to prevent them from exposure to environmental conditions. Lag bolts are used in construction. They are frequently seen in decks, walls, and other outside buildings. Screws are utilised to make very robust connections. A more stable method of joining thick pieces of wood is with carriage bolts.

Hex bolts contain a hexagon-shaped head, small threads, and a smooth shank. They are often used to secure wood to metal, such as in furniture. This kind of screw works well for indoor applications. It’s also available in steel or galvanised varieties for usage outside. For good fastening, hex bolts may need both a drill and a wrench. 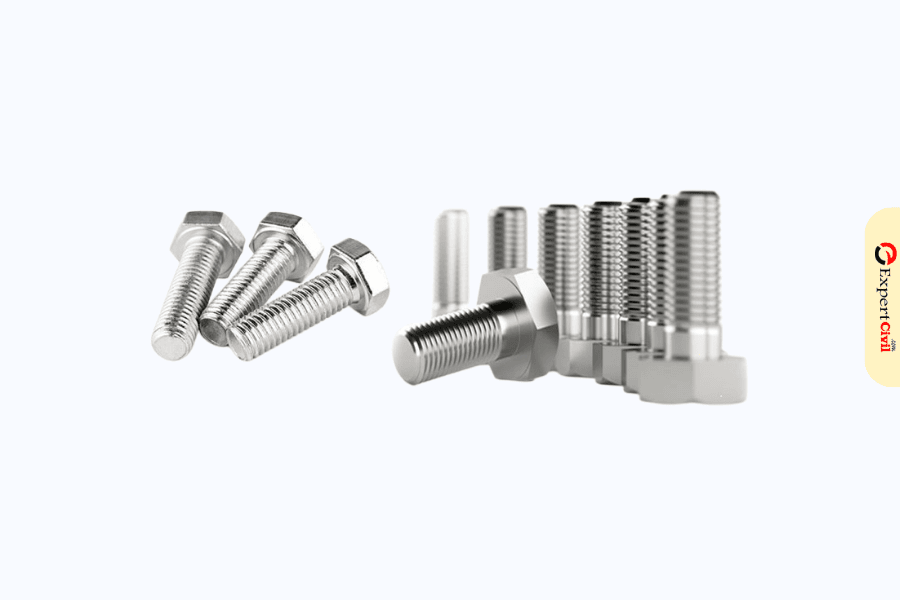 What Is A Nail In Construction?

Nails are one of the strongest and most used building materials. A wooden house can need from 20,000 to 30,000 nails just to build it.

Nails were originally made of bronze. Then the copper and ultimately iron appeared. The earliest carved nails date back to 3400 B.C. Nails were created by the ancient Egyptians. Also, families often produced their own nails. 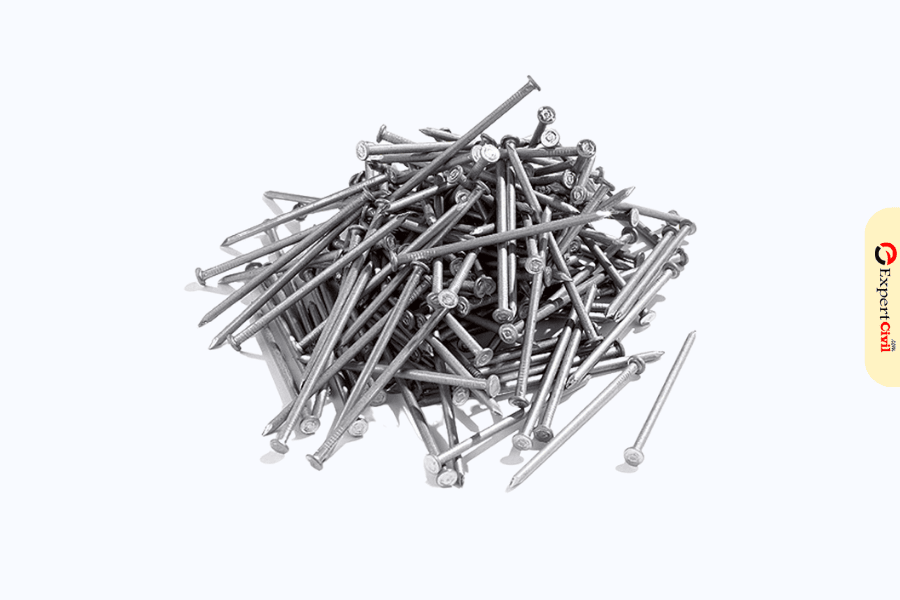 A double-headed or duplex nail looks to have two heads. They have one head that has been lengthened. Duplex nails can be removed with a hammer or nail remover. For constructions like scaffolding or concrete forms, duplex nails are employed. 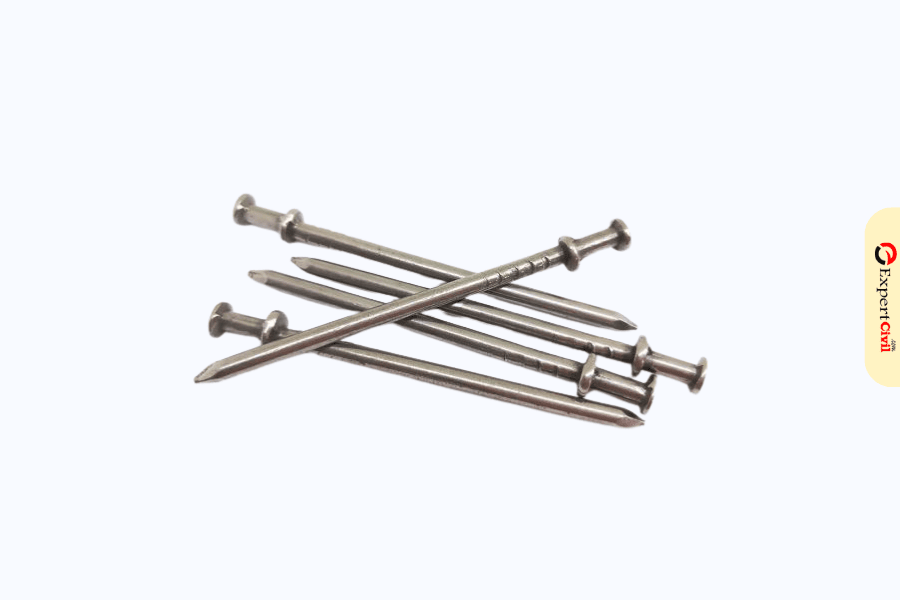 Sinker nails are short, thin nails. They are utilised in difficult-to-reach spots.  The majority of framing is constructed through conventional nails and a pneumatic gun. They have a vinyl or cement coating. The vinyl is ready, and the rings at the top aid in keeping it in place. When it becomes cool and solidifies, then it forms an adhesive bond. 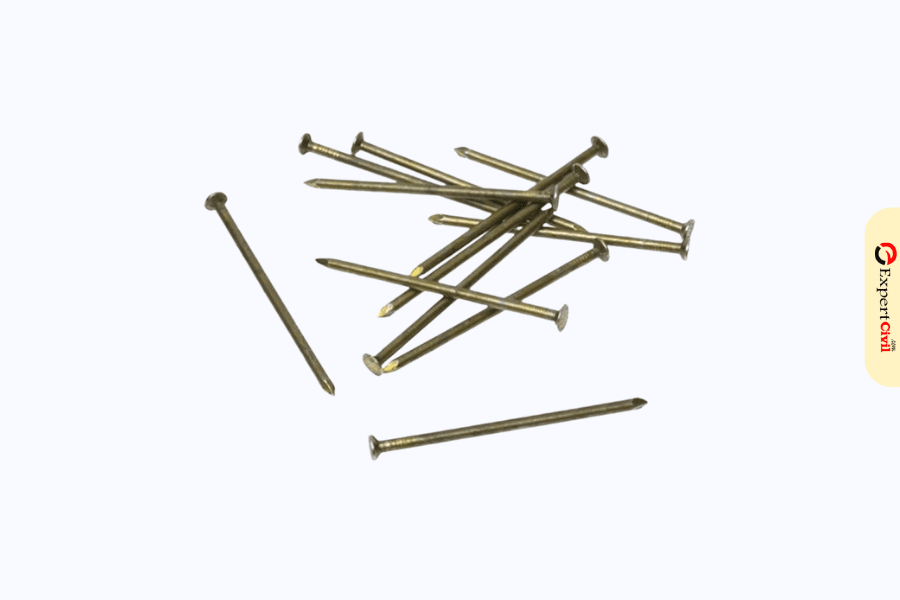 These nails are employed while installing plywood subfloors or on top of timber beam. Nails have features of smaller shanks. These shanks help to reduce the chance of fracturing.  They provide underlayment nails. These nails have certain screw-like advantages. They have more gripping power than a straight nail. 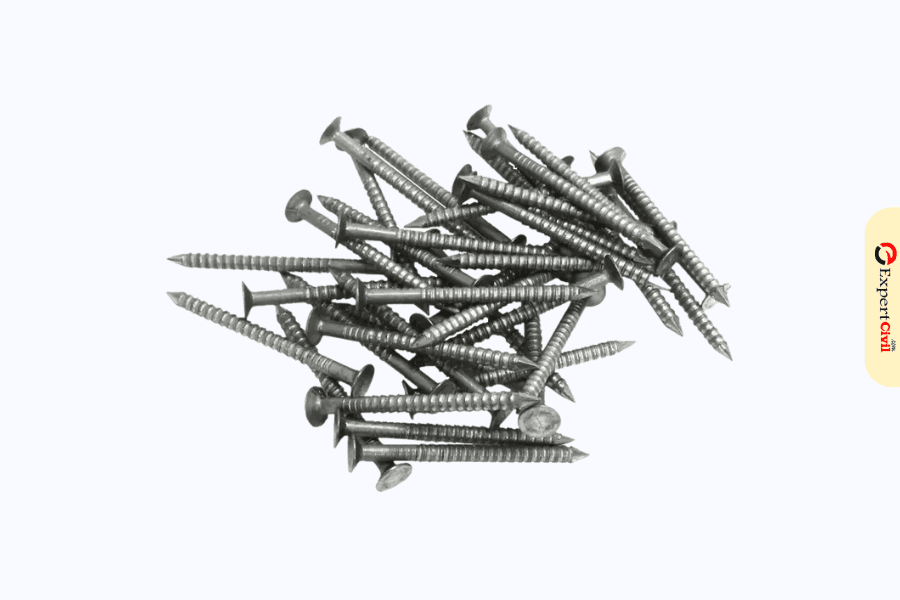 These nails hold shingles or other roofing materials in place. Nail heads are very huge relative to their shanks. Some roofing nails include a little disc beneath the head. They resemble with a washer. As a result, the substance that the nail holds in place has a larger surface area. 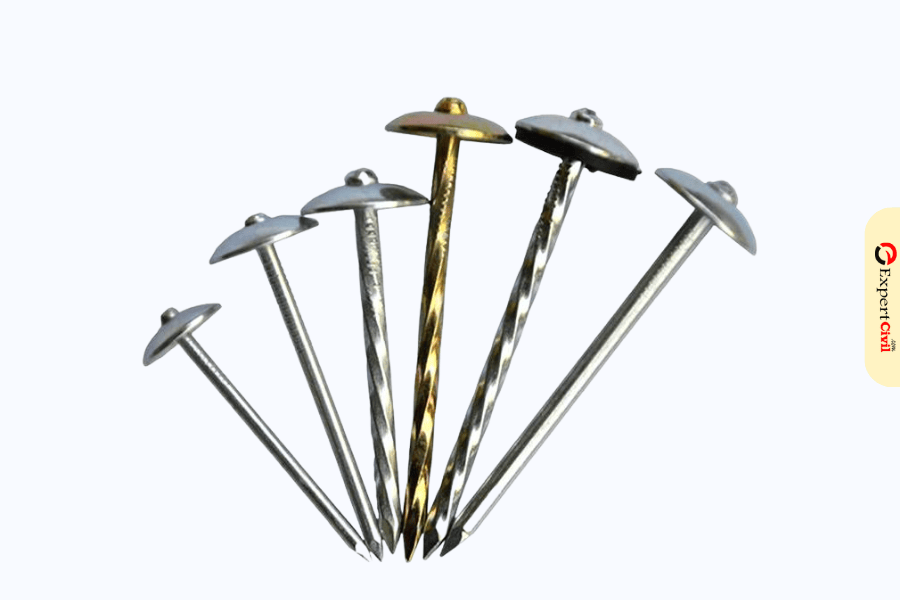 An annular ring nail has a series of rings along its shank. It is also known as a ring shank nail or drywall nail. When used with softwoods, the rings push the fibres of the wood out of the way. The rings aid in making room for the nail as it is driven in. After the nail is driven, the wood settles back into place around the ring. 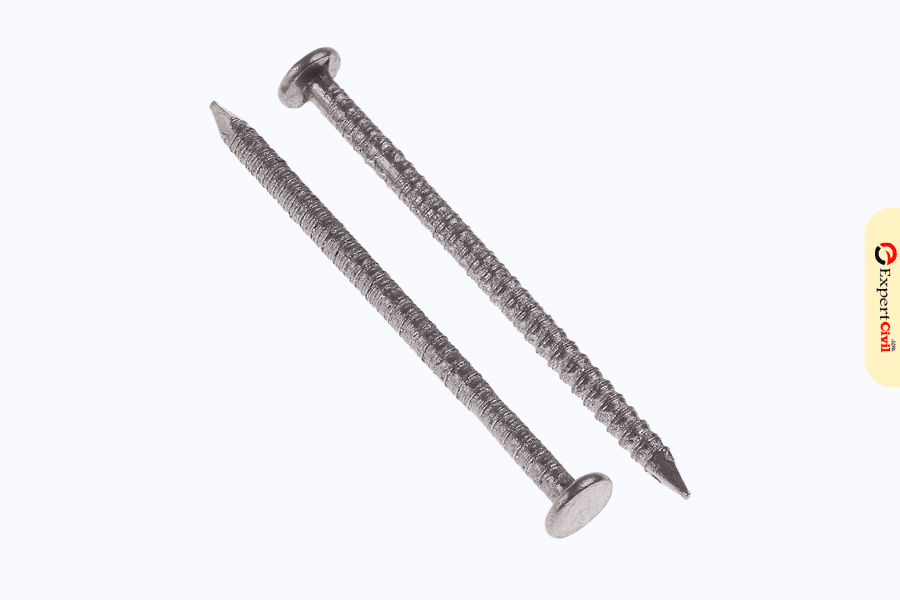 The rings of an annular ring nail are parallel to one another. The shanks of a spiral shank nail resemble screws. They twist and make their own threads when they are nailed into the wood. While spiral shank nails are utilized with hardwoods. They are denser and more difficult to penetrate. 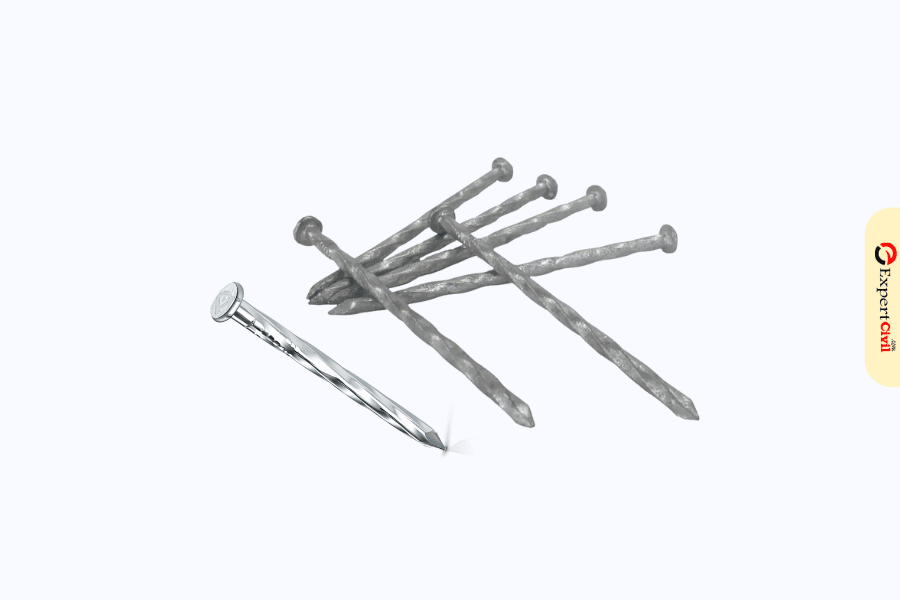 Decking nails have rings, just like underlayment nails. Despite the drying and weathering conditions, the decks remain intact. The nail design helps to ensure that nails remain in place. 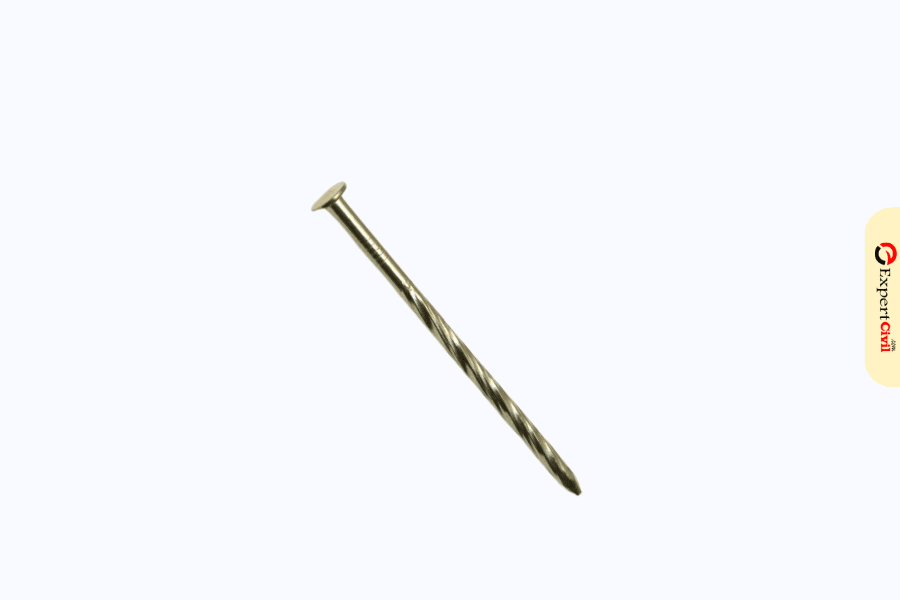 Masonry nails are used to drive a nail into cement or stone. They also have fluted or grooved shanks. You’ll need a stronger hammer to insert masonry nails. 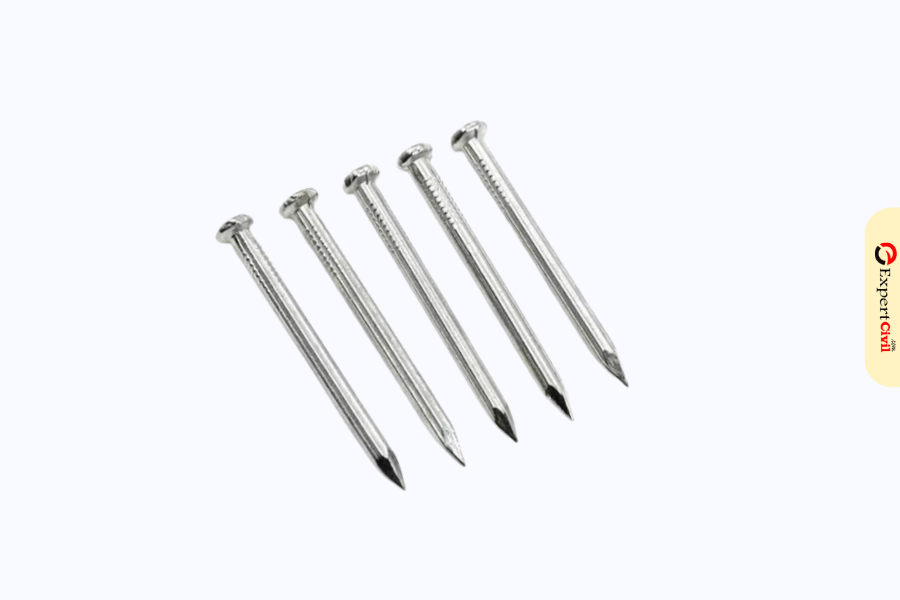 These nails are utilized for trim and other minor wood details.  They have thin shanks and tiny nail heads. The thinnest of the three, brads are ideal for circumstances. When preventing a piece of wood from splitting as you drive a nail into it is your main concern. Picture frames, panelling, and thin trim all use them.  A casing nail is used where trim needs more strength. They are used for window frames and casings around door frames. 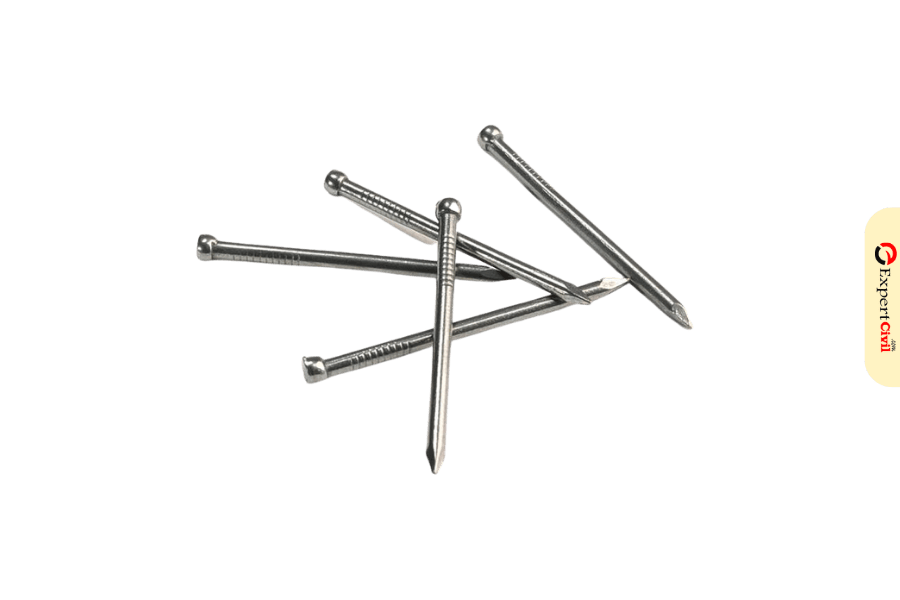 These nails derive from their employment in the construction of wooden boxes. They have extremely thin shanks. Box nails are also intended not to split wood. Box nails don’t provide much support. You won’t utilise them for structural strength. Clapboard siding is often installed on homes. It has thin shanks that prevent cracking. 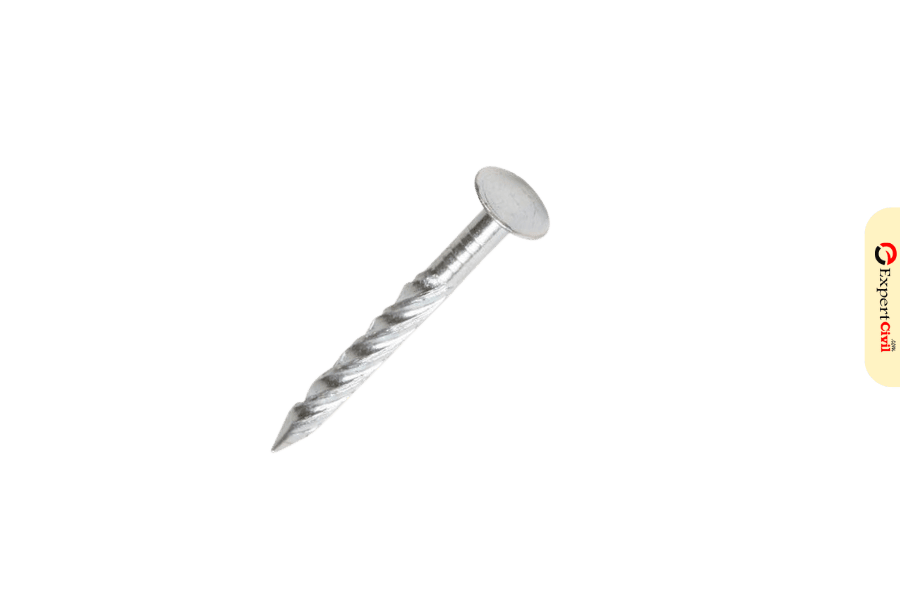 They are also known as square nails. Masonry Cut nails are made of metal sheets rather than wire. Cut nails were popular in the 19th century. These nails are still made today for a niche market. 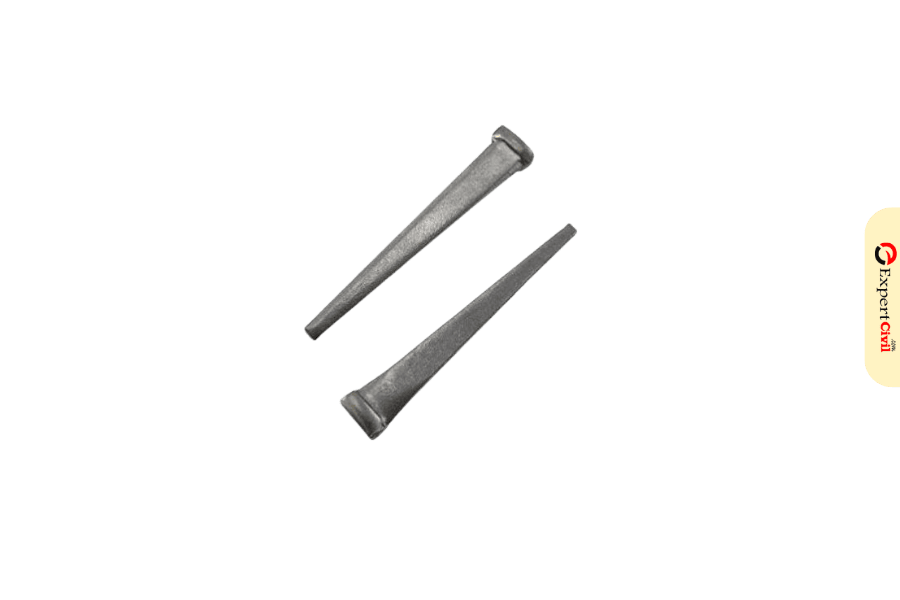 Screws Vs Nails For Furniture

Q. How to drive a nail into a wall through a hammer?

Q. How to get a broken screw out?

Q. How to fill nail holes in wall?

In short, this article is all about information about nails and screws. You may conclude your knowledge through the comparison of nails and screws. Although they serve the same goal but screws always remain superior. You can choose screws or nails according to your project and your demand for construction. As a result, you must choose according to your own requirements.