In frame structures, spandrel beam plays an important role. This beam moves horizontally joining the exterior most columns to another column. Spandrel beam are generally known as “Edge beams”.

What is Spandrel Beam? 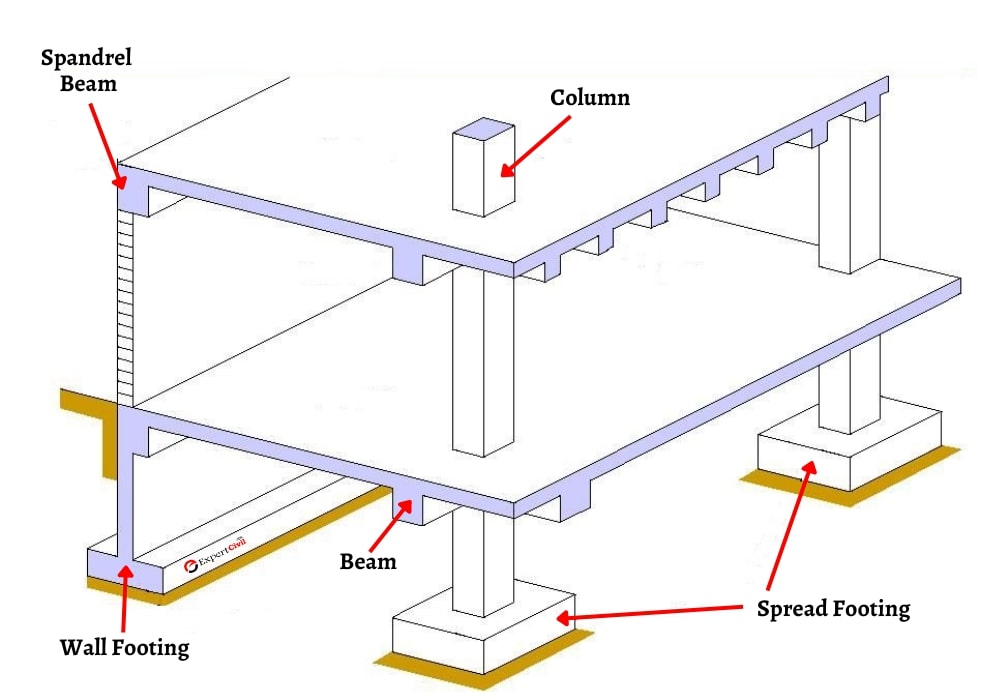 In case of high-rise buildings, masonry walls are not able to carry self-weight of its own and unable to carry the roof load also. Therefore, these beams are provided along with the external walls at each floor level to bear the wall load.

Now a days, these beams reinforced or prestressed are plays an important role in precast concrete structures. In concrete or steel structures, it is the exterior most beams that mark the floor level between different stories of the multistory buildings. 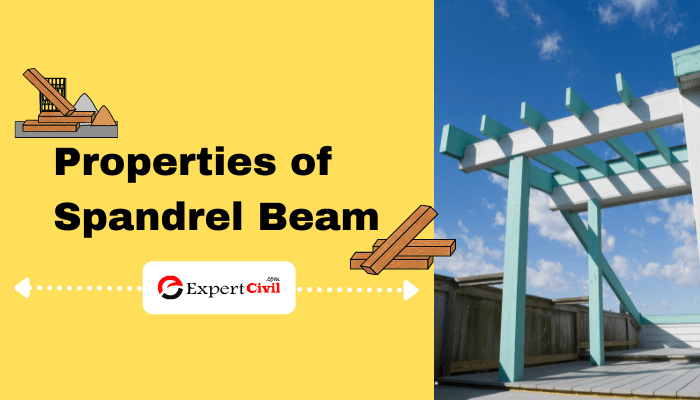 Let’s discuss about various features of spandrel beam in the construction of RCC and steel structures. 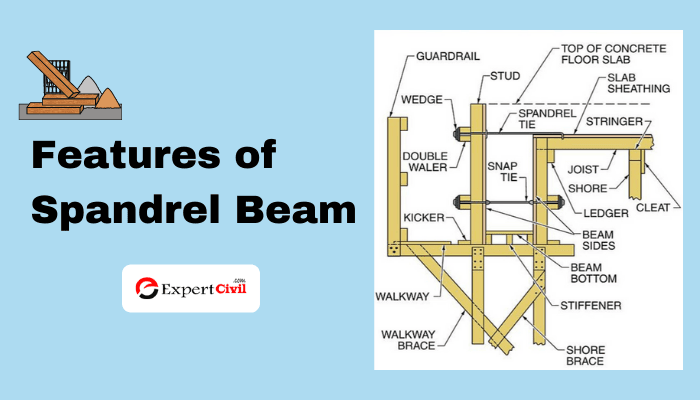 There are number of benefits of spandrel beam which are as follows:

As we know, everything has pros and cons the same is the case with spandrel beam. Let’s look at the disadvantages of these beams in the structures.

Also Read: Complete Guide on Different Types of beam and its Classification 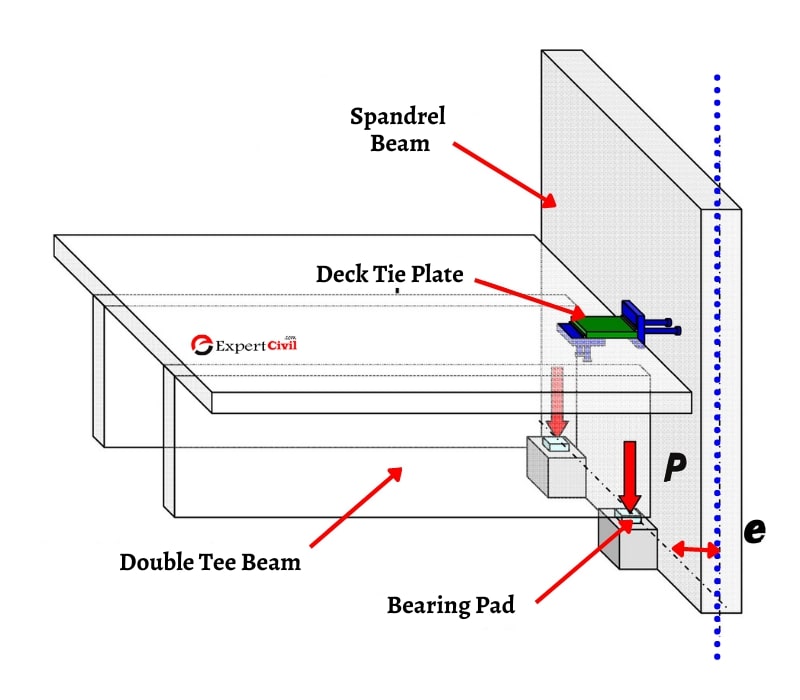 Let’s talk about the load distribution scene of spandrel beam. As we know that, these beams experience axial tension, shear stress, torsion, and bending moment in RCC building as they are connected to the floor beam due to which it creates a dynamic load distribution in the building. These beams are subjected to a variety of loads which are as follows:

The basic design requirements of spandrel beams are as follows:

As we know, torsion evolves when applied vertical and horizontal forces does not pass through the shear center of the beam. At any cross-section of beam, developed torsion is the total sum of the torques (shear force times distance from the center) operating at that section. 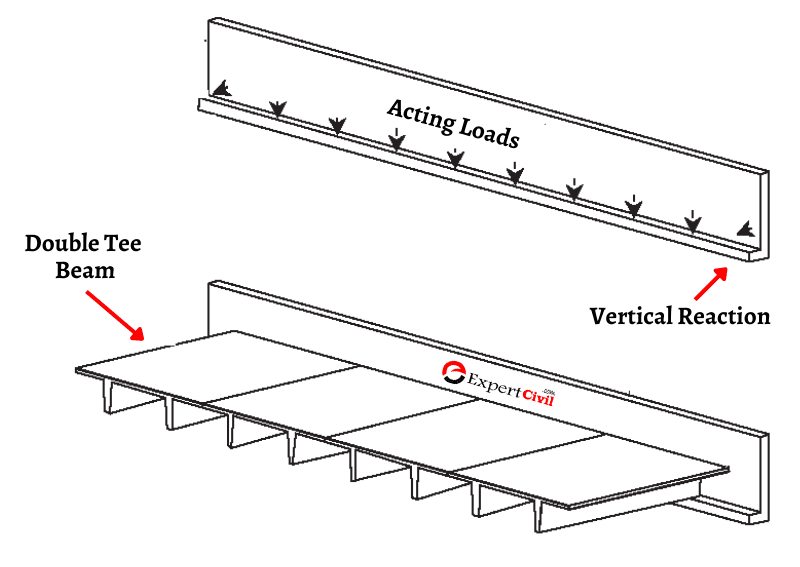 It is known that applied load on the beam may vary from the point of erection to when all time-dependent volume changes happen. Each loading case needs to be finding out which one actually controls the design of the beam.

If loads applied are vertical only, the shear center is assumed to be web vertical centerline.

Beam end torsion can also be referred as torsion at end of beam. It is torsion at beam end within the distance ‘d’ or ‘d/2’ from the torsion end equilibrium connections. Generally, the torsion produced in beam is seen by single inclined crack at 45 degree which has width of about  0.015 in (0.38 mm) or greater.

#3. Ledge attachment to the web

The attachment of spandrel beam ledge to the web can be done by plain concrete or using reinforcement that completely depends upon various factors such as dimensions of the beam, strength of concrete, amount of ledge load. The connection of ledge to the web is similar to the motion of two hard bodies in which when separation happens, it will occur along the whole length of the beam.

The spandrel beam’s ledge transmitted uniform and focused loads to the web by flexure and shear. The PCI design handbooks are used to understand the engineering procedures for the transfer of ledge loads. This ledge load transfer must always satisfy the concrete punching shear when no shear reinforcement is used.

Web flexure can come into the picture due to two different conditions which are as follows:

If overall torsion is developed by the beam web acting against the top of the members it supports and bottom connections at the end’s vertical connection.

Same condition may also arise when horizontal loads are applied to the web portion of the beam except that the forces are applied in opposite direction due to vertical load torsion equilibrium.

In general, the spandrel beam requires two well defined loading conditions one at service level and another one at final level or final state. The method of analysis could be same or different it completely depends upon the cross-sectional dimensions of the beam and the type of reinforcement provided. When the connections between the edge beam and the other structural members are not able to prevent torsional rotations, then it is important to consider the inertia principal axes. These beams are generally lacking in symmetry about the axes.

When the depth of beam is shallow, the direction plays an important role while evaluating the elastic stress at the service level for reinforcement.

#7. Ledge acting as a corbel at beam end reaction

Ledge acting as a corbel at beam end reaction can be referred as “corbel end behavior”. This condition arises when the beam’s end support reaction coincides with the applied ledge loads, the ledge acts as an upside-down corbel. This upside-down corbel can be designed using the PCI design handbook for the engineering procedures.