Definition of Reconnaissance Survey:  The reconnaissance survey is an extensive study of an entire area that might be used for a road or airfield. Its purpose is to eliminate those routes or sites which are impractical or unfeasible and to identify the more promising routes or sites. 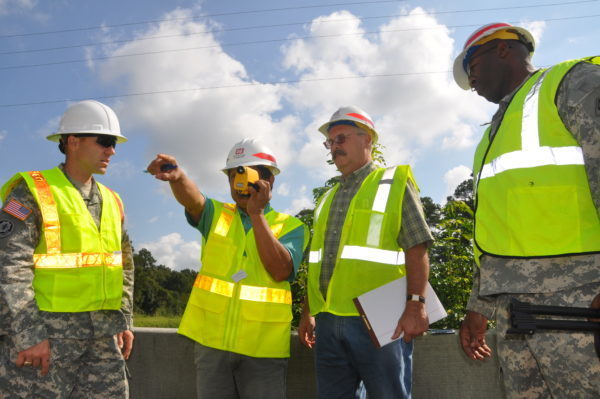 After the Collected Data next step is Use of Maps in the reconnaissance survey. The procurement of maps is a very important phase of the reconnaissance. The surveyor should locate and use all existing maps, including up-to-date aerial photographs of the area to be reconnoitered.

Large scale topographic maps are desirable because they depict the terrain in the greatest detail. The maps, with overlays, serve as worksheets for plotting trial alignments and approximate grades and distances.

The surveyor must also look for terrain which will allow moderate grades, the simplicity of alignment, and a balance between cut and fills.

After closer inspection, the routes that appear to fit the situation are classified. As a further study shows the disadvantages of each route, the surveyor lowers the classification. The routes to be further reconnoitered in the field are marked using pencils of different colors to denote priority or preference.

Taking advantage of the existing terrain conditions to keep excavation to a minimum, the surveyor determines grades, estimates the amount of clearing to be done on each route, and marks stream crossings and marsh areas for possible fords, bridges, or culvert crossings.