What is roof? A roof is a structure forming the upper covering of a building or other shelter. Its primary purpose is generally to provide protection from the elements, but it may also contribute to safety, security, privacy, insulation, and so on.

What are the requirements of good roof?

Following are the requirements of well-planned/good roof: 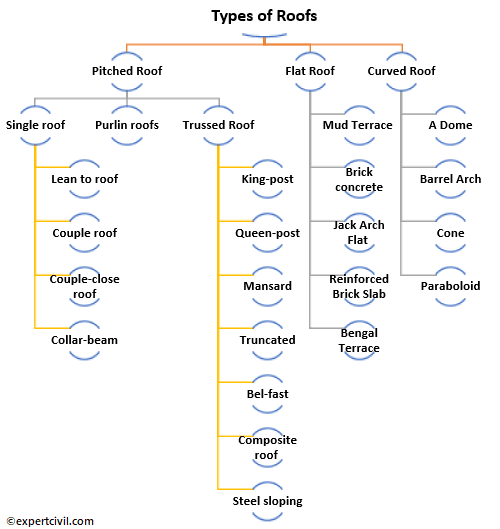 Roof is classified as per its functional requirements. The roofs are mainly classified into the following three categories

Pitched roofs are the most common types of roofs found on buildings. Basically, pitched roof is a roof that slopes downwards, usually in two parts at an angle from a central ridge, but sometimes in one part, from one edge to another. The ‘pitch’ of a roof is its vertical rise divided by its horizontal span and is a measure of its steepness. 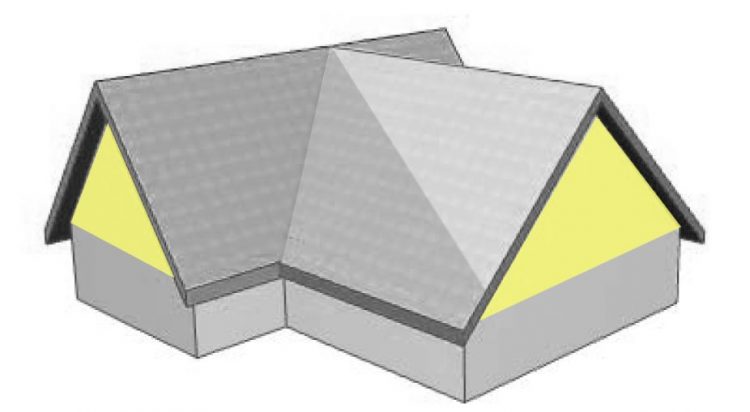 In this type of roof, common rafters are provided to each slope without any intermediate support.

The following are the varieties of single roof.

When the span exceeds 2.4m, the necessary size for the rafters becomes uneconomical. Hence in order to reduce the size of rafters, intermediate supports called purlins are introduced under the rafters.

This roof can be adopted economically upto 4.8m.

When the span exceeds 4.8m and when there are no inside supporting walls or partitions for purlins, framed structure known as trusses are on the roof, position of cross walls, span and material of the truss.

The spacing is 3m for wooden trusses. Trusses carry the ridge piece and purlins on which the common rafters rest. Some of the usual forms of roof truss are given below.

As the name indicate a roof which is nearly flat is known as flat roof. It should be noted that no roof can be laid perfectly level. The roof must slope in one direction or the other to cause rain water to flow off rapidly and easily.
The construction of flat roof is same as that of floors except that the top surface is made slightly. 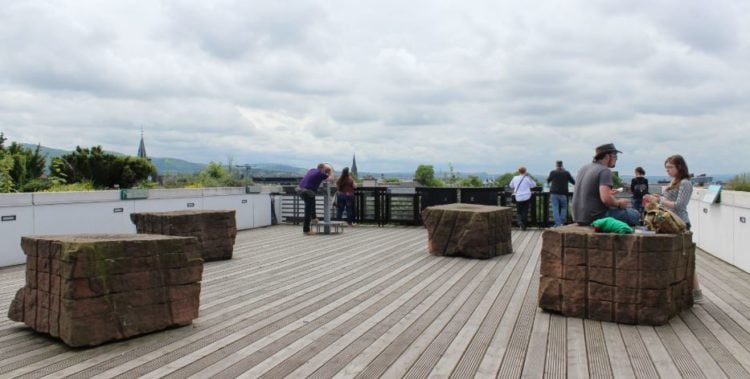 These are the just the modifications of pitched roofs and are frequently employed in modern age to cover large areas shed/roofs and domes are the varieties of curved roofs.

They are useful for big structures such as factories, monumental works etc. curved roofs may be constructed of timber or R.C.C. the latter material being very common now-a-days. They are two common forms of a shell roof

Also Read: What are the main components of a Roof Truss?